Sometimes lessons are best taught via storytelling. As a freethinker, however–it can be pretty tough to find any worthwhile stories to listen to.

These three movies each offer a perspective on something profound that you won’t be likely to come across elsewhere.

I won’t say I “like” them, but they’re all provocative and really make you think deep thoughts about where we’re going, and how we can apply these lessons to our own lives.

1.Idiocracy. This 2006 comedy has been noted in recent years as the only fiction movie that’s fast becoming a documentary! Equal parts sad and funny–the premise of the movie is that the most intelligent members of our population are choosing to have fewer children, while the less-intelligent are still reproducing with abandon. This eventually results in a future with toilet-armchairs, automatic fast food machines that can take custody of your kids if you can’t pay, and buildings held up with duct tape. Every member of the population has a government-tracked tattoo, and you can get your law degree at Costco. The main character, an utterly average person, finds himself launched into a future where he’s suddenly the smartest man in the country. His intelligence puts him at risk of ridicule and even prison time, and he must learn to dumb himself down to survive. Lessons from Idiocracy? Don’t rely on the government to simplify things to the point that we give up our freedom for convenience. Scanning your tattoo at a burger machine and getting fries isn’t utopia, it’s a prison-state nightmare. Of course, this movie is also built on the assumption that having children is a liability rather than an asset. While this may be true in a consumer-driven economy, it’s not the case if we’re living close to the land, on small homesteads. Rewilding yourself, and letting your kids learn to function in the natural world is the best way to preserve their innate intelligence! (Books always help, too.) 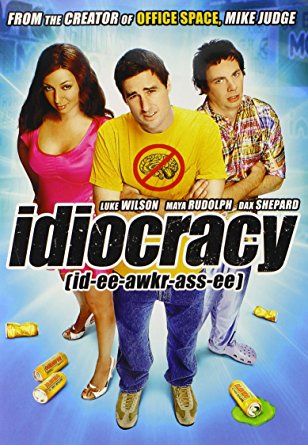 Get the movie here on Amazon!

2.Grave of the Fireflies. This animated Japanese movie is not at all your typical sugary kid-flick. It was first released in 1988, and it’s a powerful narrative on the consequences of war that just happens to be animated. Seita, a young teen, is suddenly faced with caring for himself and his young sister after losing both their parents in the ending days of WWII. We follow the children’s’ struggle as they first stay with a relative who is less than kind to them, and then as they live in a hillside cave. Setsuko is just five, and has many questions that Seita just can’t answer. Finding food is a constant chore, and they both gradually decline over time, as their will to live slowly ebbs away. In one scene, Setsuko is found semi-conscious, holding a pretty glass marble in her mouth, because it reminds her of candy. She doesn’t want to eat the meager, often tasteless scraps of food her brother works so hard to obtain, and her health suffers greatly. Seita, meanwhile, is wracked with grief, fear, and anger, and isn’t fully aware of just how perilous their situation is–until it’s too late. Lessons from Grave of the Fireflies? The basics of life are indescribably precious, and can be lost in a moment. Don’t take food, shelter, or convenience for granted, and don’t expect that they will always necessarily be available, either. Ultimately, survival-in-comfort and simply surviving are two radically different concepts. 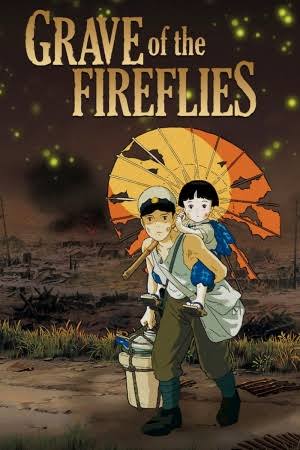 Get the film here on Amazon!

3.Captain Fantastic. This movie just came out in 2016, but wasn’t widely released in theaters. I have such mixed feelings about this impactful film. It follows a family with six kids who live out in the forest, homesteading, surviving, skinning animals, building fires, training their bodies, and reading fine literature in their spare time. The mom, Leslie, is away in a hospital in the city. Early on in the movie, dad Ben (Viggo Mortenson), learns that she’s lost the battle with bipolar disorder, and has committed suicide. Leslie’s parents are the antithesis of everything Ben and Leslie stood for, with a massive city home and all the symbols of modern success. They inform Ben that they will be holding a traditional Christian funeral instead of the Buddhist cremation Leslie stated she wanted in her will. Worse? Ben and the kids are warned to stay away–they are not welcome at their own mother’s funeral. As the movie progresses, we learn that the kids are witty, resilient, capable, and very intelligent–but also extremely in the dark about pop culture, and perhaps a little too indoctrinated in their parents’ ideals. The way homeschooling is portrayed in Captain Fantastic makes me irritated in some ways and satisfied in others. For me, the lessons from Captain Fantastic are still being teased out in my mind, and I’ve watched it several times. It’s heart wrenching and frustrating all at the same time–and undeniably great for provoking thoughtful discourse. 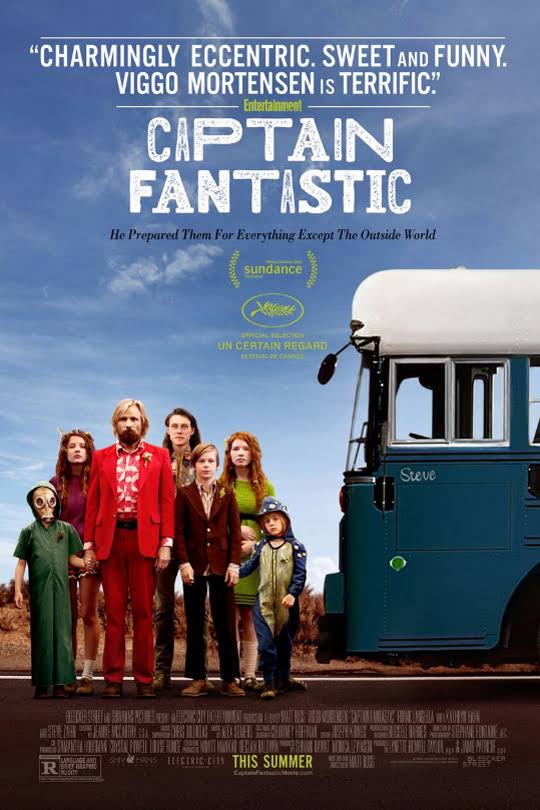 Get the film here on Amazon!

Have you seen any of these movies? What are your thoughts?

Captain fantastic was awesome!
Now I want to see the other two you recommended 🙂