Nearly everyone has memories of feeding ducks bread as a kid. I know I do. And ducks will eat bread but they shouldn’t have very much of it.

I also have memories of feeding bread to fish at Pymatuning Lake in Pennsylvania despite being advised to buy fish food pellets.

Don’t worry you can still give ducks snacks. It just needs to be the right snacks.

Something to consider is that one of the unintended side effects of feeding ducks anything is a loss of natural behavior. This means they start to depend on humans for food instead of their environment. For this reason, don’t make feeding ducks a regular thing.

Birdseed of Any Kind

Chopped Grapes or other fruit

So, what’s the problem with bread?

There’s actually a surprising number of issues with feeding birds bread. It’s a wonder it wasn’t common sense that we shouldn’t be feeding birds lots of processed food. If bread isn’t heavily processed, I’m not sure what is.

Bread is full of carbs with no nutritional value. This leads to deficiencies. Those deficiencies lead to diseases like Angelwing. Angelwing is what happens with high-calorie nutrient-deficient diets in birds. It causes an overgrowth of feathers in the wings. This makes the muscles sore, which impairs flying. Some can’t fly at all.

Beyond that, it can cause overcrowding at ponds which can lead to sanitary issues because ducks are gross. Anyone who has owned ducks knows how big of a mess just a few can take.

When the bread is uneaten it rots and breeds all sorts of issues for ducks.

One big issue is Clostridium Botulinum which is a neurotoxin that causes paralysis. Its basically avian botulism. The other is algal blooms, which cause respiratory issues then death.

For swans and geese, it causes fatal gut and heart damage which leads to death. All of which could be avoided by not feeding birds bread.

Have some extra bread?

Learn some stale bread recipes or compost your bread. Whatever you do don’t feed it to the birds.

Avoid wasting bread in the first place by freezing it when fresh until you’re ready to consume it.

It’s kind of crazy how such a common practice could have such unintended consequences. I would guess if everyone understood that bread makes ducks that sick they wouldn’t give them bread.

This is a post for another day, but there are a lot of people out there that believe NO one should be consuming bread and there’s some evidence to support that as well! 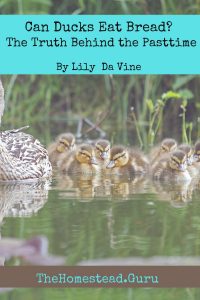 Why You Shouldn’t Feed Ducks Bread

Why Bread is Bad for Ducks

Check out this Homestead Guru chicken feed recipe that can be adapted for ducks! 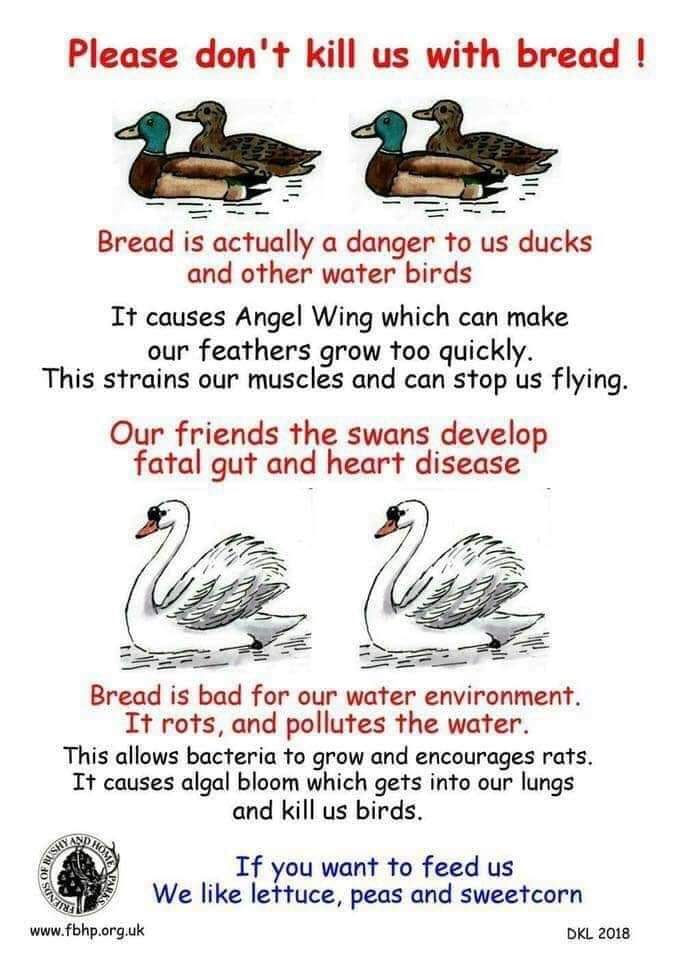