A number of people have been asking me for my opinion on the Ebola situation, so if you’re wondering what I think, here it is…

First of all, whenever the mainstream media gets all riled up in a frenzy over a particular issue, particularly when it’s disease related, call me a cynic, but I look at the information with a great deal of skepticism.  Why?  Do remember the swine flu “pandemic” of 2009, where millions if not billions of people were going to die, according to the World Health Organization?   What about the West Nile virus that was going to kill everybody in years past? How about SARS?  It’s never ending with these people, and when you realize that vaccines represent big money for vaccine manufacturers, who are exempt from liability for harm in their products (1), you can see why they continually promote the fear in attempt to sell billions of dollars worth of vaccines.   Is there any other product that exists where the government exempts manufacturers from liability, and at the same time promotes hysteria to sell that very product?  No, there isn’t.

As I pointed out in my last newsletter/blog post, the CDC has been caught cooking data to keep the myth alive that vaccines don’t cause autism.  We now have proof that that is a lie, and we have proof that executives within the CDC knowingly, and willfully have concealed the reality between the MMR vaccine and autism for over 1o years.   This is a HUGE lie with truly dangerous consequences for millions of people.  I have a lot of trouble believing pathological liars, as most people should.

As with any pathological liar, lying isn’t something new for them.  In 1976, everybody was going to die from the Swine Flu then, too, according to the CDC.   Of course, people did get sick that year…largely from the vaccine.(2) 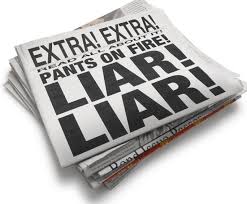 Okay, so what about Ebola since “everybody knows that it’s deadly and highly contagious”.   When it comes to a virus that has been primarily affecting the African continent, keep in mind that the people of Africa die primarily from parasitic infections, more than any other pathogen.(3)  How many people that do die from Ebola, have it as a secondary, or tertiary infection from a weakened immune system that has been dragged down from an untreated, or unsuccessfully treated, parasitic infection?  How many people that fall ill from Ebola are also suffering from malnutrition, and unclean water in the poor countries of West Africa?  Only in the world of mainstream media sensationalized medicine are those things a non-issue, but they’re never thoroughly analyzed or reported.   It’s always about the bug, just one bug at that, not the immune system, they’d have you believe.  Just like the bubonic plague which wiped out millions at a time when the sanitation of Europe was poor, where people literally threw their feces out into the alleyway, was it any wonder disease spread the way that it did?   Keep in mind the plague disappeared without a vaccine as sanitation steadily improved.

One thing you’ll never hear reported in any sort of outbreak situation is, what was the overall nutrient status of the victims?  After all, vitamin D has been shown to be at least 3 times more effective at flu prevention than a vaccine(4), and that’s not even including a change and improvement in diet, but the mainstream media doesn’t report that.  That’s not even covering the significance of all of the other nutrients, which most Africans and Americans are running seriously low in right now. (5)(6)(7)(8)  It’s worth pointing out that the “Recommended Daily Allowance” RDA, as proposed by the US government, will no way cover the average individuals true needs for optimal performance.   Rather, the RDA is a guideline suggesting an amount of nutrients to be taken in daily to prevent a known disease associated with a gross deficiency in a nutrient.  Are you deficient in key nutrients?  Yeah, probably.

So what to do since people in Western countries are reportedly dying from the infection?    Given the fact that approximately 80% of your immune system is found within your gut(9), does it make sense to continually pollute it with the processed food, the sugar,  the alcohol, and/or the gut harming genetically modified organisms which make up a great deal of the average American’s daily diet?   The fact is, people have polluted their guts with poor food choices and antibiotic use creating a microbial environment conducive to pathogenic overgrowth, dragging down the immune system in the process.   If that’s been you, I’d say you’ve got something to worry about, because if it’s not Ebola, it’s going to be some other pathogen taking you down now that we’re at the point where conventional antibiotics routinely fail.(10)

Unfortunately, there will be no magic pill to save people from the ever evolving pathogens.  We either work to fortify our bodies with sound health strategies, none of which include toxic vaccines, or we’re doomed to fail in the battle against the microbes that mainstream medicine tries in vain to wage war against.  Those seeking quick fixes for a compromised and toxic immune system are in for a rude awakening.  Likewise, if we don’t wise up to how we’re manipulated in our thinking about the “solutions” that will be offered up by our health “authorities”, we’re in for a lot of trouble.  If we allow the hysteria to get to us, much more draconian laws, such as mandatory vaccination with dangerous and unproven vaccines, will be set in place which won’t be in the common person’s interest.  I guarantee that.  It’s past time to wise up to the deception, America.

I suggest that rather than try and put out “fires” as they occur in our body that we should doing what we can to optimize our body’s function with sensible and clinically proven strategies.  In other words, build wellness.

If you build wellness, health will take care of itself.

Here is some of  what I suggest to build wellness, that should help you in your resistance to various pathogens:

1)  Eat Paleo, and try to eat 1/2 of your food in its raw form (think smoothies).  You’ll remove most of the noxious agents to your gut (your immune system).

2)  Clean up your gut!  Eliminate the chronic low grade infections that you may have.  If I haven’t seen you in a while, and you’re less than stellar about your diet,  there’s a good chance you have some, and if so, they’re dragging your immune system down.

5)  Optimize your mineral levels.  I highly recommend the MTK mineral test kit (bodybio.com), and the fulvic/humic acid based minerals.  Nothing works right in your body if you’re low in your minerals, especially zinc, magnesium, and selenium.  You can’t beat the value and utility of the MTK mineral test kit for managing and balancing your macro-minerals, in my opinion.

6)  Optimize ALL nutrients.  All nutrients work synergistically, so they’re truly all important.  Our bodies use over 90 essential nutrients every day, and you lose many of them through various means every day.  There are some great forms of testing out there to help you get better dialed into your overall nutrient status.    Ask me, and I’ll give you some guidance.

7) Take probiotics, nightly.  If your beneficial flora levels are down, that means more real estate can be taken up in your gut (your immune system) by pathogenic microbes setting you up for various forms of illness.

8)  If Ebola does truly emerge to be a legitimate infectious agent in America, then I see no harm in using ionic silver prophylactically to reduce the risk of infection and it may be wise to do so .(12)