Fluoride has been a very controversial topic among the American people for many years now, part of this divide can be attributed to the lack of court reviewed studies of the neurotoxic effects Fluoride has both on humans and animals.

The Fluoride Action Network (FAN), along with a coalition of environmental and public health groups has filed a complaint in the U.S. District Court for the Northern District of California against the U.S. Environmental Protection Agency (EPA) in response to their denial of their petition under Section 21 of the Toxic Substances Control Act (TSCA) seeking a ban on water fluoridation. This upcoming battle has inspired Mercola.com to begin fluoride awareness campaign bringing to light the negative health affects of Fluoride and gaining support for the upcoming court case.

Finally all of the studies on the neurotoxic affects of Fluoride will be reviewed by a court system, and hopefully prove to the public that we are harming our communities with this unusual practice 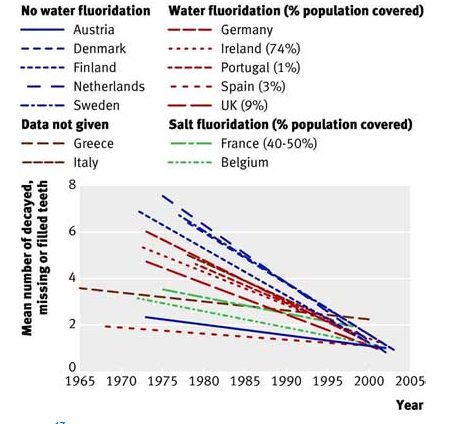 According to FAN’s attorney and adviser, Michael Connett:

“This case will present the first time a court will consider the neurotoxicity of fluoride and the question of whether fluoridation presents an unreasonable risk under the Toxic Substances Control Act (TSCA).

And, in contrast to most other legal challenges of Agency actions, TSCA gives us the right to get the federal court to consider our evidence ‘de novo’ — meaning federal courts are to conduct their own independent review of the evidence without deference to the EPA’s judgment.”

The official complaint filed can be found right here.

The case to end water fluoridation

For over 50 years the EPA and CDC have recommended adding the substance to our drinking water to prevent cavities in lower income children and families. This old practice has been proven to be strange and unnecessary. In fact, only about 5% of the 25 most developed nations use fluoride in their water, and the kicker is their dental health is on par or superior to ours.

Another interesting tidbit of information is the fact the fluoride dentists use is a different compound than what is being put into our drinking water, dentists use Sodium Fluoride, but the fluoride in drinking water contains Hydrofluorosilicic acid, a chemical byproduct of the phosphate industry. This is deceiving the American public into thinking that they are receiving the same treatment their dentist gives them. YOU ARE NOT. 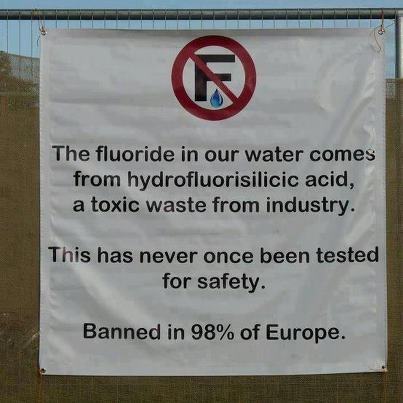 Over 300 studies prove Hydrofluorosilicic acid is a neurotoxin and endocrine disruptor, causing a range of health affects from learning impairments to thyroid gland problems.

One Harvard study tested affects of fluoride on the IQ of children in China, they found there was a negative correlation between the two.

The average loss in IQ was reported as a standardized weighted mean difference of 0.45, which would be approximately equivalent to seven IQ points for commonly used IQ scores with a standard deviation of 15.

Another study published in the March 2014 journal Lancet Neurology places fluoride along with lead, arsenic, methylmercury, toluene, tetrachloroethylene, and other chemicals known to cause harm to the brain. In a statement they said,

“Our very great concern is that children worldwide are being exposed to unrecognized toxic chemicals that are silently eroding intelligence, disrupting behaviors, truncating future achievements, and damaging societies, perhaps most seriously in developing countries.”

Here is an excellent video from the FAN giving you 10 facts about fluoride.

We can win this fight!

The EPA has fought tooth and nail to stifle independent fluoride studies every time and organization or individual brings up the fluoride concern. It seems they are genuinely scared of letting this research get into the hands of an impartial judge. They released a statement in response to the 2,500 page petition of scientific documentation on the negative effects of fluoride to humans.

“The petition has not set forth a scientifically defensible basis to conclude that any persons have suffered neurotoxic harm as a result of exposure to fluoride in the U.S. through the purposeful addition of fluoridation chemicals to drinking water or otherwise from fluoride exposure in the U.S.”

The EPA claims that the fluoride levels are to be kept at 3 parts per million, to avoid over exposure. EPA representatives would argue all of the studies conducted have not shown results from the proper dosage. However the studies preformed show that neurotoxic affects can take place, even in these recommended doses. It is very unreasonable to completely dismiss this much data by simply saying that the methodology is flawed in every single study. 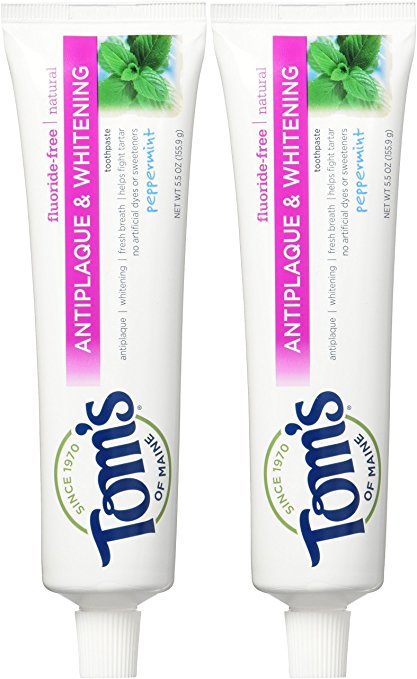 Despite their best efforts to keep this issue swept under the rug, it looks as though TSCA is going to allow FAN to let the cat out of the bag. FAN welcomes this court review of their evidence, the judges will be forced to see the abundant signs that fluoride is a harmful and unnecessary chemical.

It is the citizens going to city council, forming organizations, spreading information, and boycotting fluoridated water, that has allowed this fight to get this far. You can help get rid of fluoride in your community if you take action. It’s not over yet, but we’re on our way! If you wish to donate to the court case here is a link to do so. Be the change you want to see in the world. 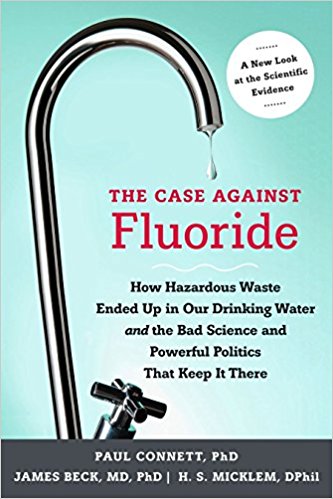 Are you aware of an ad on you site about teenagers sexually abusing chickens? If you are, I’m out- if not, you might want to do something about it. FYI.

Its actually not an ad, its a true and very sad story written by one of our writers 🙁