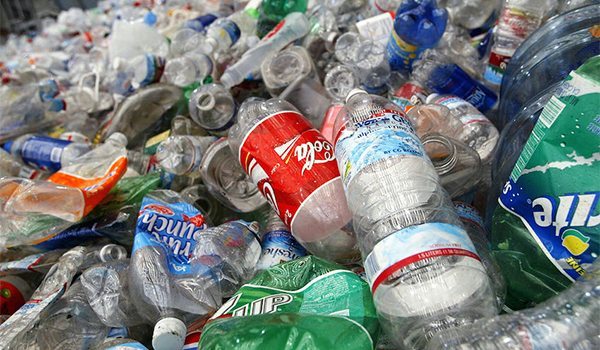 Today, there are more than 20 different major types of plastics in use worldwide. Recently plastics have been in public eye for being potentially dangerous to human exposure and for toxic components such as BPA and DEHP. The short term use of millions of tons of plastic is unsustainable and dangerous.

We are still unaware of every widespread consequence created from plastic pollution and how it affects and will continue to affect living things and our environment overall into the future. The epidemic of plastic goes far beyond public health as over 300 million metric tons of plastics are produced in the world annually. No one knows exactly how long plastic takes to break down, but it is believed to take hundreds or even thousands of years for plastic to fully decompose.

It is not just the accumulation of plastics that harms the environment, but also the toxins from the plastic that leach into our soil and water. Another downfall of plastic is the effect of buildup in the oceans, where it is estimated that 100 million marine mammals are killed each year from the plastic pollution. Sea turtles, whales, dolphins, sea birds, fish, seals and many other species mistake plastic as a source of food and become entangled, cause an obstruction in the digestive tract and can even puncture organs. 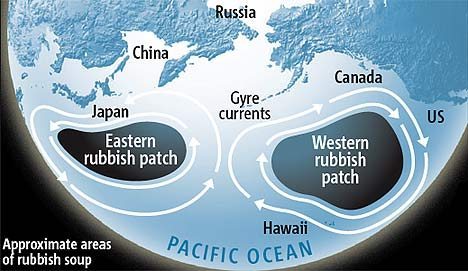 As more and more devastation occurs due to this plastic problem, scientists and concerned members of society have started to create reusable and more sustainable solutions for the waste. Solutions such as biodegradable plastic and now even turning plastic into bricks to lay houses with.

New Zealand-based inventor and engineer Peter Lewis, teamed up with the people behind the ByFusion machine to make these plastic bricks a reality. The ByFusion machine is configured to produce RePlast blocks with the size and dimensions of common concrete blocks and can be used in a wide variety of infrastructure, development, and construction projects. An added bonus is that the materials are stronger and lighter than concrete making them easier transport and to lay. The team has dedicated themselves to creating low income housing around the world and they are not the only ones. 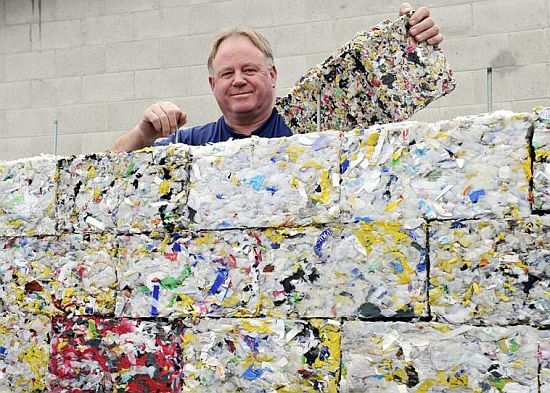 The Affresol company is building three-bedroom houses complete with bathroom, kitchen, and plumbing with frameworks made entirely of recycled waste plastics like water bottles, all for only around $42,000. The plastic used is almost four times as strong as concrete and insulates the house twice as well, making it possible to cut their heating bills in half. The houses are also fire, storm, and wind proof, and naturally waterproof.

Miniwiz Sustainable Energy Ltd. is another company using plastic as a main material to build houses. The walls of the buildings are made solely of plastic bottles that fit together like Lego pieces. The polygonal bottles are called Polli-Bricks that make the buildings structurally sound and able to withstand earthquakes and typhoons, making these houses ideal for areas prone to natural disasters. Polli-brick houses are also said to be environmentally friendly and relatively cheap to build. 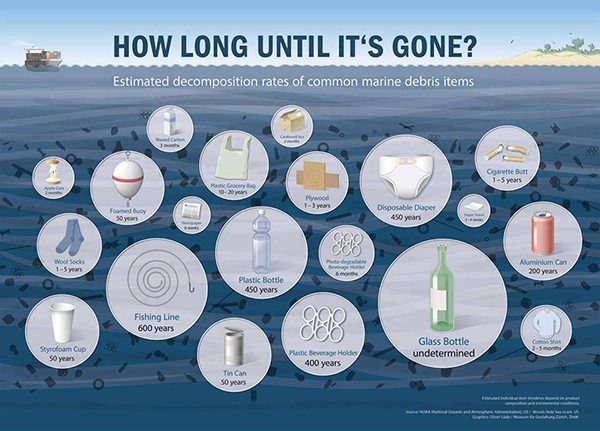 These companies are providing cost effective solutions for housing while making a positive impact on the environment. As plastic becomes a bigger and bigger issue, it will take us all coming together to create effective solutions and support solutions like these, that will help build a better tomorrow for everyone.

Wouldn’t the chemicals in the plastics release those chemicals into the structure? If it leaches into the soil why would it not get into the air….especially in the Summer months when exposed to high temperatures?

This is a really great point. REALLY great. I feel this way about earthships made of tires…………

I had the same question

Even if the ‘bricks’ did release chemicals, the plastic itself has been reincarnated into useful material instead of just empty bottles littering the earth. As there are plastic things everywhere, any one of them could be releasing toxins into the air (Think that faded plastic baby swing or plastic lawn chairs) If the plastic that is exposed anywhere in the interior of a structure is covered or sealed in, I think the dangers would be minimal. Another plus, plastic does not retain moisture like wood,and some bricks and cement, so black mold would not form. Solutions are forged from trial… Read more »

I couldn’t agree more, the only way to achieve a sustainable future is by coming up with solutions that reduce plastics and other undegradable garbage. I have never heard about the plastic bottle bricks, what a great idea. However, Mel’s question got a point.

Are the plastic bricks going to be sold to the public?

plaster or waterproof sealer or paint inside and out could possibly contain fumes .

Of course, the first choice would be not to have plastic. However, I do not think that is realistic worldwide.

Perhaps an interesting concept could be to use them to block water from around a home in a flood prone areas.

Or ias a kind of bulkhead???

This idea was in a Mad magazine back in the 1970’s. I wonder if that is where the idea came from?

An outer layer of hempcrete for the bricks might help to absorb / prohobit chemicals from being released into the environment.

How can this plastic be fireproof. Any fire, like those in California will melt the homes in an instant. And I bet the plastic fumes are just as toxic, otherwise we’d all be melting plastic into shapes.