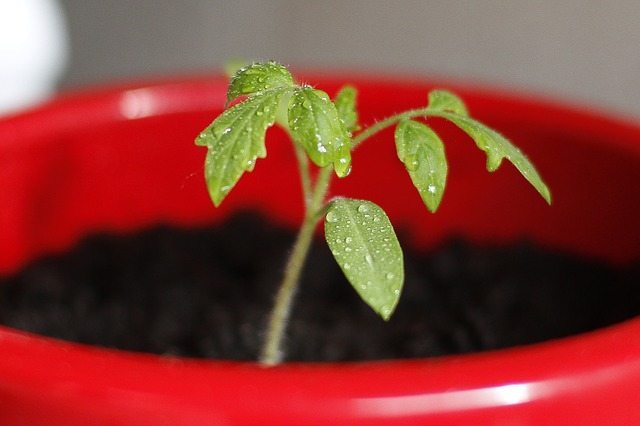 Have you ever heard that tomato leaves are poisonous!? What if I told you they not only aren’t poisonous but that they’re actually really tasty and medicinal! Like all vegetables, they contain alkaloids that help defend against overgrazing, but they aren’t the toxic menace they’ve been put off as!

Nicotine and cocaine (not the street form, the pure salt) are tropane alkaloids found in plants, and those are consumed by humans all over the planet, despite possible negative health effects. Many of these are toxic in high doses, for example if you eat an obnoxious amount of kale, there’s a chance you’ll experience some ill health as a result, due to alkaloids.

There is no real evidence to say that tomato leaves are toxic; many people (including myself) actually use them in their cooking. Evidently, it takes eating a pound and a half of these greens in a short amount of time for any problems due to toxicity occur, which is a lot of tomato greens! I’ve used it in recipes at this point and I’ve never used more than a handful for a recipe that would be split between three or more people. Neither my guests or myself have noticed any issues. 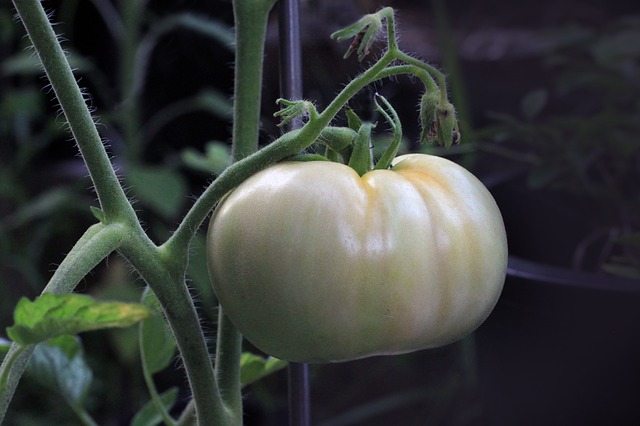 Many sources will tell you the leaves are toxic and that they contain solamine, the toxic alkaloid in green potatoes. The truth is, tomatoes have their own alkaloid, tomatine, which is much less toxic. In certain applications, it’s even considered medicinal, which makes this new information even crazier to me.

Turns out the pungent smell I thought was to warn me away from eating the tomatoes, happens to be sought after as an herb for tomato based sauces. It wasn’t long before I stumbled upon recipes, which I’ve used and adapted at this point. The result is always pleasant, a super vine ripe tomato flavor.

Tomatine is a glycoalkaloid, that is an alkaloid bonded with a sugar. It’s poorly absorbed in the gastrointestinal tract, so for the most part it’s expelled as waste. That’s why it takes someone eating such a huge amount of the greens to experience toxicity. This phenomenon is not unique to tomato leaves, as spinach and kale and things of the sort have the same sort of defensive mechanism. 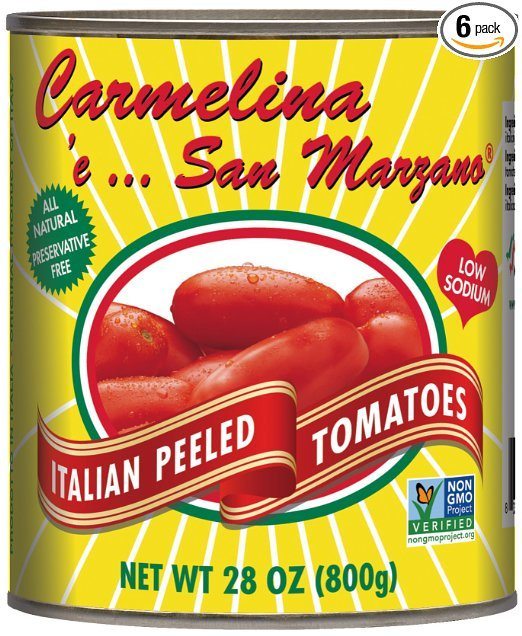 Get your can delivered today on Amazon!

If you look into kale online, you’ll find reports of vegans who went nuts on this green, only to make themselves ill due to alkaloids. It’s almost like natures way of making sure we don’t over graze, or consume too much of one kind of food. Our diets are meant to be diverse, and the existence of these alkaloids helps to prove that.

There’s another tropine alkoloid in tomatoes that’s called atropine, which is evidently responsible for a fairly common sensitivity in the solanacae family. For people sensitive to atropine, they can experience stomach discomforts when consuming any member of the solanacae family, including peppers, eggplants and potatoes. It’s one of those things that effects everyone differently.

I personally seem to thrive off of the solanacaes, so I’ve never experienced discomfort I could relate to eating potatoes or tomatoes. I’d never even heard of this until recently, when a friend mentioned he thought he had a sensitivity. Apparently, when he cut out solanacae he stopped having stomach problems, suggesting he could be sensitive to atropine. 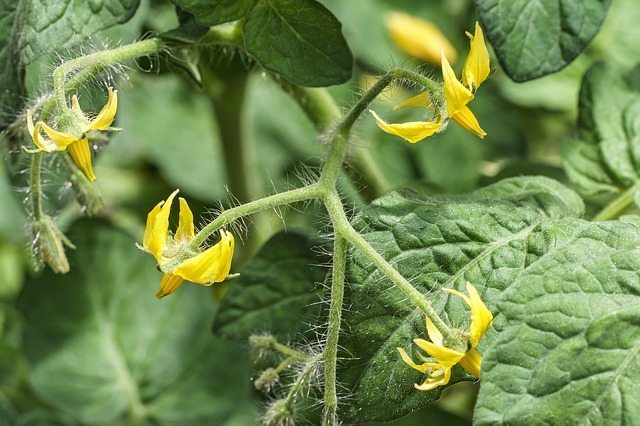 A common known cousin to tomatoes is belladona, considered a highly toxic, poisonous plant. I’ve taken natural headache medications that contain belladona in them that work really well. It’s historically been used as a pain reliever and muscle relaxer.

The alkaloid tomatine has been proving in tests it’s effectiveness as a cancer inhibitor. It’s been shown to prevent and stop the growth of cancer cells and can even be helpful in killing cancers. The main cancers it’s been proven to have an effect on are breast, colon, liver and stomach cancers. 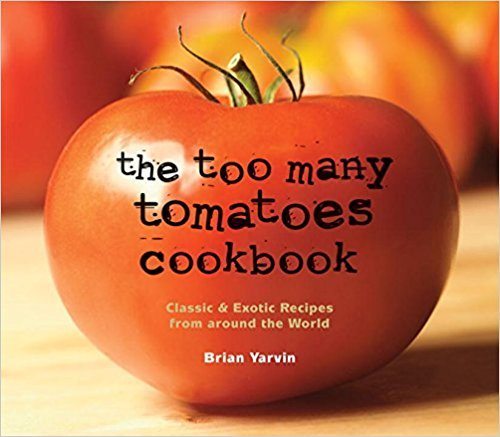 Get The Too Many Tomatoes Cookbook: Classic & Exotic Recipes from around the World on Amazon!

It’s also a remedy for bad cholesterol, as it tends to bond with it as it travels through the body. Because tomatine doesn’t get absorbed in the gut, it and the bad cholesterol get expelled from the body. Interesting, right? Seems totally poisonous!

It’s also a fungicide when steeped like a tea and sprayed on plants. It’s essentially harvesting the defense mechanism built up within tomato leaves that makes them resistant to molds and giving those to a plant not capable of producing those compounds. Evidently if you crush the leaves and steep them in water it can be used as a preventative measure and can be very useful in the garden.

So there you have it, just another idea that we’ve been holding on to for a long time with no scientific base behind it. While there are a lot of truly toxic alkaloids out there, tomatine is not one of them and that’s what you’ll find in tomato leaves for the most part. Just like every other vegetable, you don’t want to eat nothing but these, but you no longer have to be afraid of them. 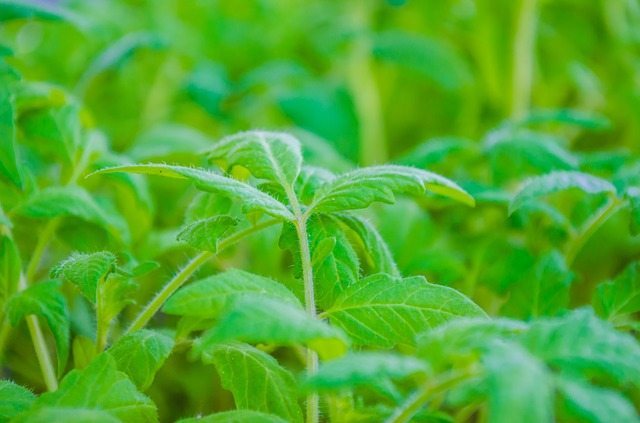 Many people, like chef Paul Bertolli, have been using tomato leaves in their tomato based sauces for a long time. It apparently adds a fresh vine picked tomato flavor to sauces, making them much more complex.

There’s people whizzing it up into pesto with basil, cheese and olive oil. None of them are experiencing ill health effects and many have been doing this fairly consistently for more than 20 years. Something to consider is that people have been eating fried green tomatoes for a long time, yet those contain high amounts of tomatine! You don’t hear stories of people dying from eating fried green tomatoes, do you?

This one was pretty surprising to find out, but I’m glad I did. It’s inspired me to really look into other foods deemed poisonous. I’ve found in the past many plants considered poisonous are also considered highly medicinal by some cultures, and tomato leaves seem to be another example of this stuff. 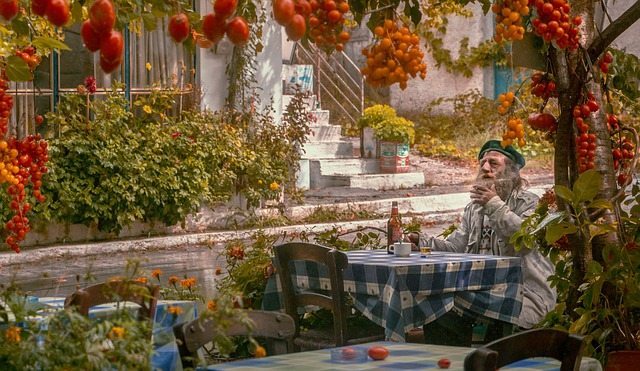 For me personally, I’m interested in knowing how to produce medications for myself, instead of relying on the shotty pharmaceutical industry. Not only are natural medicines cheaper, but many of these natural remedies lack the harsh side effects that come with just about every pharmaceutical drug out there.

“The alkaloid tomatine has been proving in tests it’s effectiveness as a cancer inhibitor. It’s been shown to prevent and stop the growth of cancer cells and can even be helpful in killing cancers. The main cancers it’s been proven to have an effect on are breast, colon, liver and stomach cancers.”

Wondering who started the poisonous theory. The pharmaceutical industry, perhaps? That would not be surprising.