Students in a Midland, Texas high school this October were shown this slide as part of a school presentation, which incorrectly states that it’s illegal to not stand during the Pledge of Allegiance. 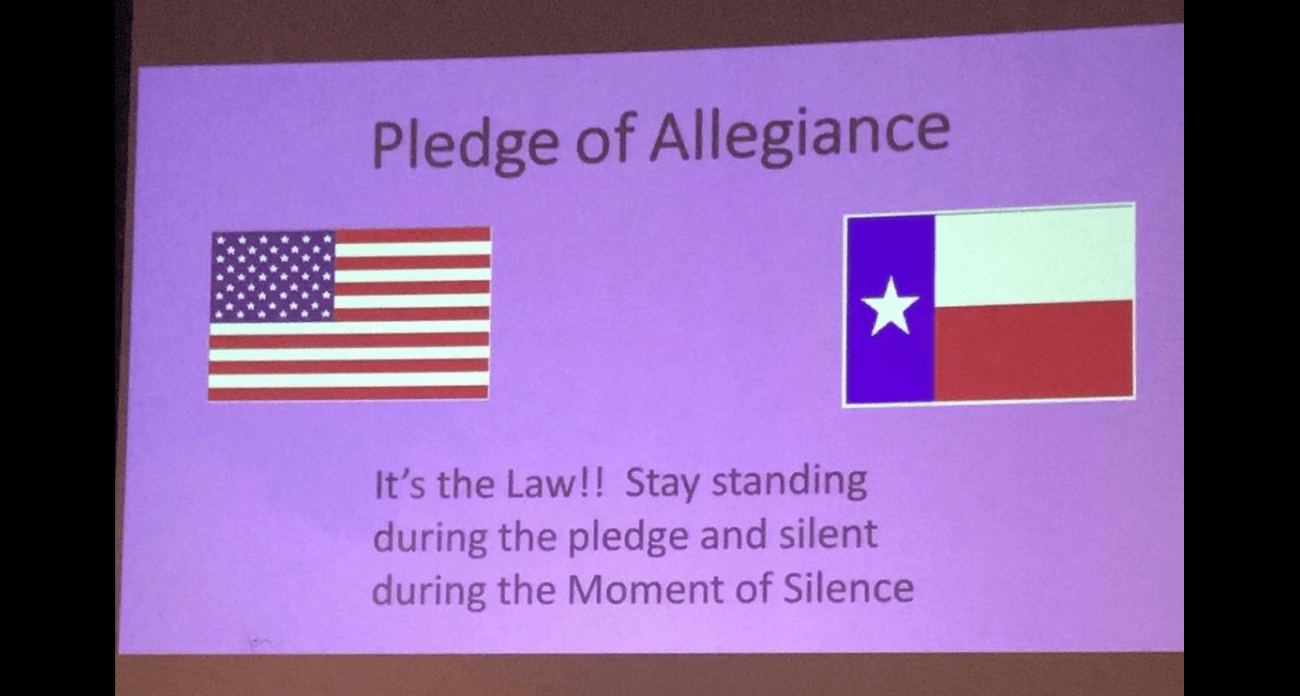 The actual code of law regarding the pledge in public schools states as follows:

“The Free Speech clause of the First Amendment prohibits public schools from forcing students to salute the American flag and say the Pledge of Allegiance.”

School officials came under fire when the above photo made the rounds on Facebook–but not everyone agreed about what was wrong with it.

“It’s basically a law,” Seth Ortega said. “We need to stand to respect our country, and those who died.”

“I feel like everybody should stand,” stated Edgar Ruiz, one of the officials who created the presentation slides.

Whether or not we all agree with the previous sentiments, there are many who take issue with an educational institution effectively lying to its students and staff about the law of the land. 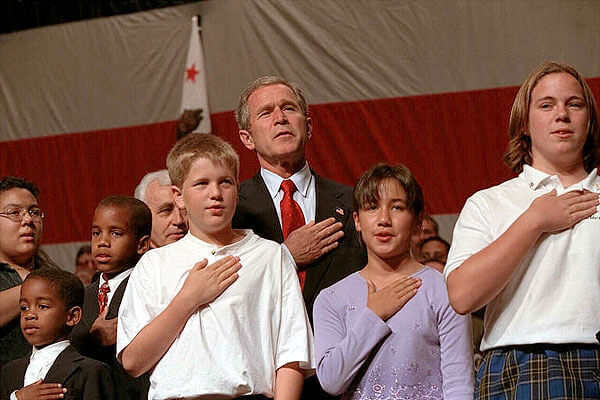 Later, Midland ISD released a statement saying that if students wished not to participate, that their parents could fill our a form to allow them to be excused.

However, this is also not in congruence with the letter of the law, which does not impose any age limits on the right to exercise free speech. This is clearly indicated in the 1943 Supreme Court ruling West Virginia State Board of Education v. Barnette.

As of this publication, Midland ISD released another statement correcting this, and affirming that students did not need parental permission to opt out of the Pledge of Allegiance and Moment of Silence if they so chose.

Is it ethical for schools to misrepresent the law of the land in order to get students to stand for the Pledge?

Strangely, this issue seems to be a huge point of contention–for Texas in particular.

One Houston, Texas, teenager named India Landry was expelled this month for not standing during the Pledge of Allegiance, even though she’d allegedly remained seated for many months, with many different teachers, all without issue. 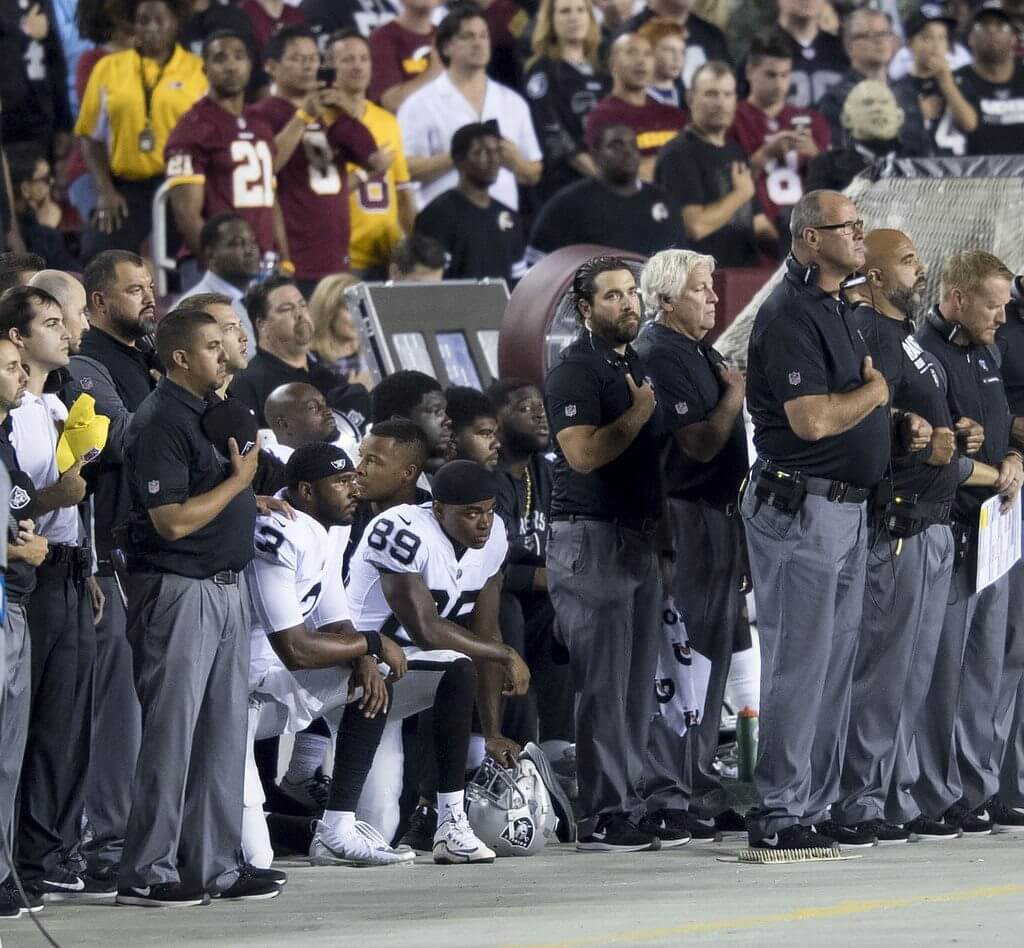 The assistant principal told her that she was going to stand for the pledge like other black students in her class.“This isn’t the NFL,” a school secretary allegedly told her.

India has since been allowed to return to school–but she is now facing difficulty graduating on time, due to the absences accrued from her expulsion.

So why isn’t it illegal to force students to stand for the Pledge of Allegiance?

Because authentic and true respect for anything is impossible to enforce by legislation. 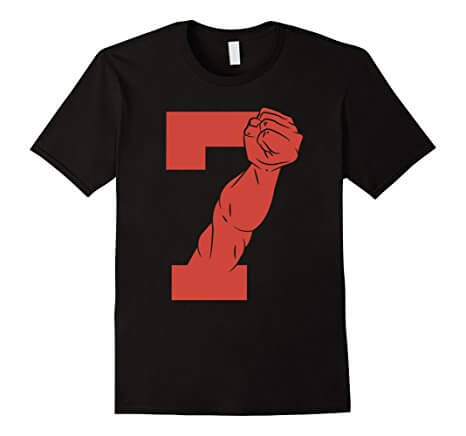 The moment it becomes illegal and unlawful to not “show respect” for our great nation and its flag, the act of standing for the pledge ceases to be about respect–and becomes more about avoiding punishment for noncompliance.

Respect is not respect unless it is freely given. True respect is earned, not enforced.

If we demand that respect be shown to the flag, “or else”…then what we’re really doing is causing people to comply out of fear.

Ironically, this may be more likely to result in individuals having less respect for the flag, as well as for those who would enforce such punishments. 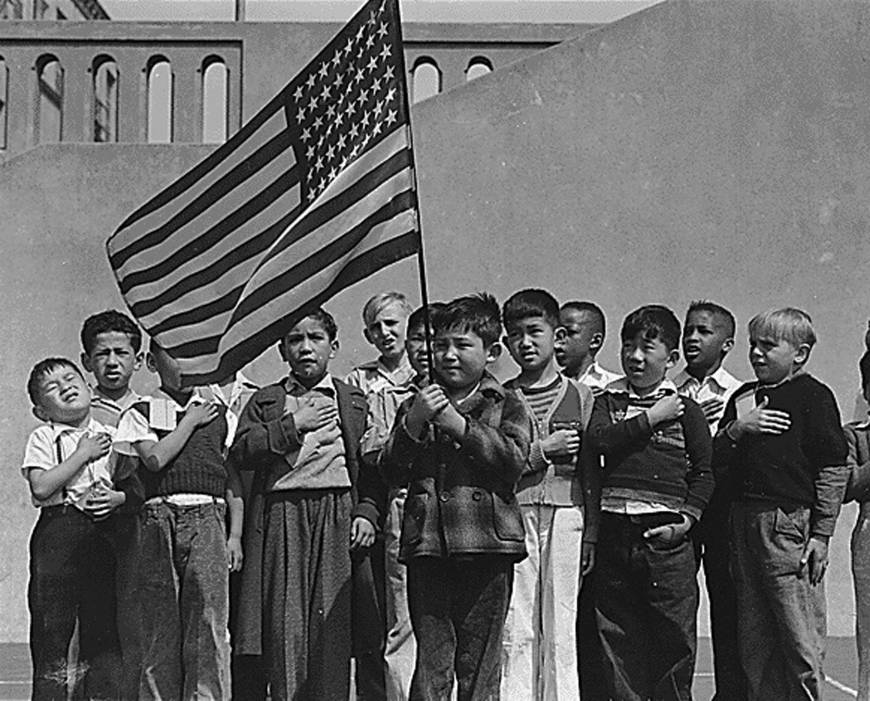 What do you think? Is it ethical to force students to show respect for the flag by standing?

What are we really teaching our youth, if public educators are willing to lie about the law regarding the Pledge of Allegiance to the flag?

If you follow the speed limits (laws) are you showing respect? Are we sure the school was lying or acting on what they thought was the law?