If you thought sleeping with your router on or your phone next to your head was harmless, you may want to think again as more information is coming out about WiFi radiation.

An experiment, for a biology test, was done by 5 girls from northern Jutland in 9th grade. The girls came up with the idea because they found it difficult to concentrate during the school day:

“We all think we have experienced difficulty concentrating in school, if we had slept with the phone next to our head, and sometimes also experienced having difficulty sleeping”, explains Lea Nielsen.

Interest in their experiment has attracted international attention among acknowledged biologists and radiation experts, researchers from England, Holland and Sweden. 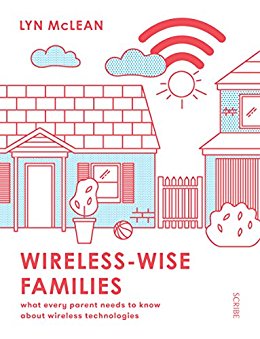 So here is what they did:

They took 400 cress seeds and placed them in 12 trays. Then, they placed 6 trays in 2 separate rooms at the same temperature. They gave the same amount of water and sun to all the trays for 12 days.

However, 6 of the trays were put next to two WiFi routers. Such routers broadcast the same type of radiation as an ordinary mobile.

After 12 days what the results were clear: cress seeds next to the router did not grow, and some of them were even mutated or dead.

“It is truly frightening that there is so much effect, so we were very shocked by the result”, says Lea.

Olle Johansson, a renowned professor at the Karolinska Institute in Stockholm, is one of the impressed researchers. He will now repeat the experiment with a Belgian research colleague, Professor Marie-Claire Cammaert at the Université libre de Bruxelles.

According to Olle, this experiment is absolutely brilliant:

“The girls stayed within the scope of their knowledge, skillfully implemented and developed a very elegant experiment. The wealth of detail and accuracy is exemplary, choosing cress was very intelligent, and I could go on”, he says.

More from the Homestead Guru: Food Dogmatism Has No Place in Health

The experiment proved that electronic radiation emission is not harmless as many seem to believe, this is something the majority of the world does without knowing the consequences.

“None of us sleep with the mobile next to the bed anymore. Either the phone is put far away, or it is put in another room. And the computer is always off”, says Lea.

It is extremely important to keep WiFi routers and cell phones off and away from you while you sleep, as this discovery is still in the early stages and more experiments are still to come, I am fairly certain future results will be similar to this. I personally keep these devices in another room or off when I am sleeping to attempt to decrease the amount of WiFi radiation, you may want to consider doing the same!

More from the Homestead Guru: What Do The Healthiest People in the World Eat?

I’ve been saying to be careful with this for years!! I had no proof but my common sense tells me that it isn’t naturally occurring, so beware! I will be following this study.

These science results have not been replicated, and in light of honoring real science, I hope that you update your post. You can read more here:
https://www.snopes.com/cress-wifi-experiment/

Of course there are other reasons to not sleep near one’s mobile phone, but the Wifi signal is not the reason.

You may want to research deeper than snopes. There are literally thousands of peer-reviews studies on the harmful effects of electromagnetic radiation. The FDA has chosen to instead rely on one thirty year old experiment to determine the safety of one type of EMR to set safety levels. All phones have a warning in settings that explain the phone exceeds these outdated levels unless it is used in a specific and only for a few minutes a day way which no one does.

You may want to fix the sentence that reads, “The experiment proved that electronic radiation emission is not harmless as many seem to believe, this is something the majority of the world does without knowing the consequences”. Pretty sure that should have said radiation emission IS harmless! But we get it! Great article on a noteworthy experiment. Definitely moving my phone.

So I wonder about the deal with the unpopped Popcorn ? The photo showed popcorn seed surrounded by Cell phones & then a pic of the popped corn?

I have 3 computers and 2 routers in my room and I’m sprouting like a springtime sapling.

More research in a CONTROLLED environment is necessary… Oh wait, the FCC already does that.

Get out of here with your scaremongering.

You know, you CAN turn the router off at night (just press the on/off button or unplug the power cord), then plug it back in when you get up in the morning. That’s what we did until we switched to ethernet cords and hardwired all our computers. Can’t have internet anywhere anymore (phone, tablet, laptop), but the benefits during the day of not being exposed to wi-fi are enormous as well. Having the computer hardwired also gives much faster speeds on the computer.