This article was originally published on the Grow Network.

There’s no denying it. The looming threat of drug-resistant bacteria is turning into a very real problem. In fact, antibiotic resistance is quickly becoming one of the greatest global health challenges of the 21st century, and a big reason for concern might be right in your tap water. Here we consider the hidden threat of antibiotics in our water supply.

Every day, pharmaceutical drugs are contaminating water sources like groundwater, lakes, bays, and rivers, and sewage treatment plants are finding it hard to keep up. In fact, they are struggling with the impossibility of filtering out chemicals they were never designed to deal with in the first place.

You’re wrong if you think the problem won’t affect you.

Researchers have discovered that traces of pharmaceutical drugs can be found in the drinking water of over 40 million Americans,[i] meaning that millions of people are exposed to unregulated levels of antibiotics every day, and far too few have any idea what the sinister consequences can be.

The Spread of Antibiotic Resistance

According to the Center for Disease Control and Prevention[ii], every year an estimated 23,000 people in the United States are killed by infections that modern medicine should be able to vanquish — but it can’t. These infections are caused by drug-resistant bacteria; microbes that have been exposed to antibiotics so many times throughout previous generations that they have evolved traits that let them withstand the antibiotics designed to kill them.

The development of resistance in bacteria is a natural process and an example of “survival of the fittest” that happens to every living species that produces offspring with variable traits.

Yet the overuse and misuse of antibiotics have given bacteria more opportunities to evolve and develop antibiotic resistance.[iii] While there are many factors to blame, a big part of the problem comes from the ways that antibiotics enter the water system. 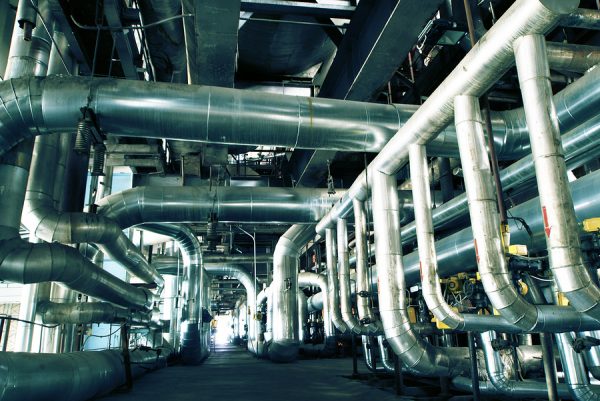 Antibiotics transformed the world of medicine, but decades of widespread use have come at a high cost for the environment.

Since their discovery, millions of metric tons of antibiotics have been produced, used, and disposed of, and many of these drugs wind up in the water system. Unsettlingly, a nationwide study by the U.S. Geological Survey in 2000 [iv] found that 80 percent of the rivers and streams they tested had detectable levels of pharmaceuticals like antibiotics and antidepressants.

The future impact of pharmaceutical drugs on natural ecosystems is still unknown, but initial research has shown that hormone disruption, antibiotic resistance, and the development of female genitalia in male fish is already occurring. Pharmaceuticals are also messing with the gender rates of fish species, and in some places, the ratio of female to male fish exceeds 10 to one.[v]

The effects for fish and amphibians are clear, but what the long-term impacts for humans exposed to this tainted water is still unknown.

How Are They Getting in the Water?

Considering the sheer number of antibiotics manufactured around the world every year, it’s no wonder that a large percentage of them wind up in the water. Antibiotics wash into the general water supply from agriculture, medicine cabinet purges, and even wastewater treatment plants ill-suited for dealing with them.

Antibiotics wash into the general water supply from agriculture, medicine cabinet purges, and even wastewater treatment plants ill-suited for dealing with them. 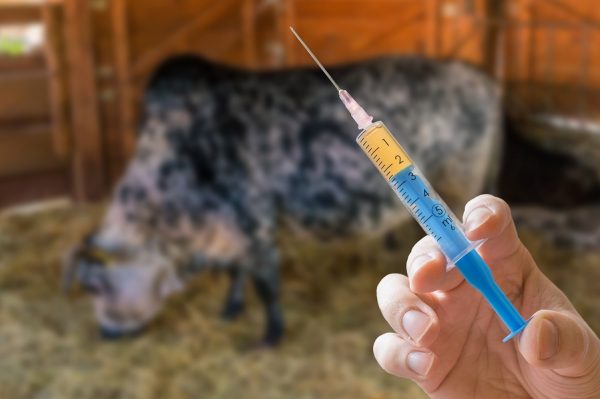 Whether they are necessary or not, the meat industry is notorious for over-prescribing antibiotics to livestock.

In many cases, daily servings of antibiotics are used to achieve more rapid growth rates, and a good portion of the two trillion pounds of animal manure produced in livestock production sites across the country is tainted with growth hormones and antibiotics. Because only a small amount of this manure is properly disposed of, trace amounts of antibiotics often leach into the groundwater supply or get swept into rivers and streams after rainstorms. In many cases, these levels are high enough to pose a risk.

Recent reports[vi] found that water tested near a factory farm in Nebraska had more than four times the recommended amount of trenbolone, a hormone that’s used to add weight to cattle and has been found to change the testosterone levels in fish.

(2) Disposing Medications Down the Drain 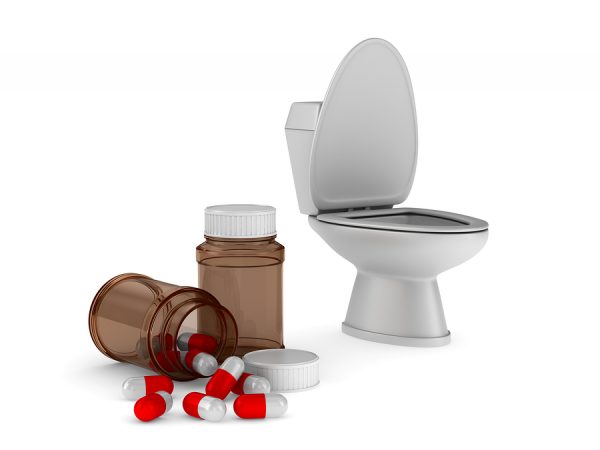 Over 60 percent[vii] of Americans are currently taking prescription drugs, and finding ways to properly dispose of expired or unwanted medications is a common problem. Many homes have medicine cabinets filled with unused and expired medication, and most of these won’t be disposed of safely.

Nursing homes and other health care institutions are also part of the problem. While hospitals often have on-site pharmacies that are willing to take back unused drugs, many nursing homes are known to quietly flush away old medications, especially after a patient dies.

Even more worrying, some chemicals still get into the water system when medications are used exactly as intended. Human bodies only metabolize a small fraction of the drugs they take in, meaning that a good portion of the active ingredients are excreted through urine and feces or sweated out.[ix] This means that when you relieve yourself or take a shower, traces of the chemicals from your medication may wind up in the water system. 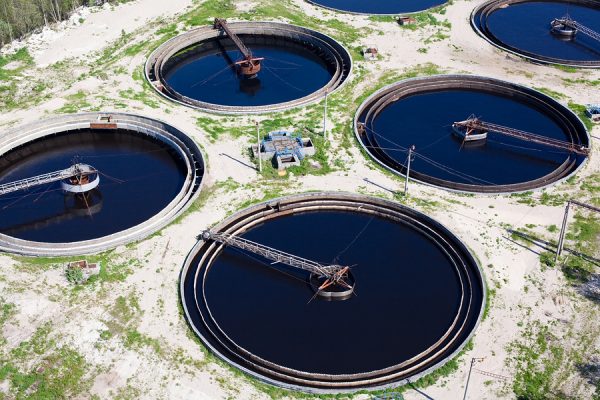 Deep inside the holding tanks of untreated sewage sludge, diverse communities of bacteria have time to proliferate. This muddy mixture often contains an alarming concentration of antibiotics that were either flushed down or expelled through human waste which interacts with nearby bacteria and destroys all but the most drug-resistant varieties, therefore speeding up the evolutionary process of antibiotic resistance.

Even more sinister, the soupy sludge created in wastewater treatment plants give bacteria plenty of time to mingle together, and occasionally different varieties will swap strands of DNA with each other in a process called horizontal gene transfer.[x]

This means that nonresistant bacteria can pick up resistant genes from other microbes and quickly evolve into superbugs that can’t be treated with any known antibiotics.

Worst of all, these ever-evolving strains of bacteria and antibiotic drugs rarely stay contained in wastewater treatment plants.

Traditionally, treatment plants have focused on removing organic material and nutrients like phosphorus and nitrogen from the water, and pharmaceuticals are a relatively new concern for them to deal with.

While a major portion of dangerous chemicals is removed from the water system by the treatment process, facilities aren’t required to use filters for pharmaceutical chemicals.[xi] The laws regulating clean up procedures haven’t kept up with the influx of antibiotics on the market today, and few treatment plants are equipped to properly pull them out of the water.

Even when all but trace amounts of pharmaceuticals are removed from the water, it can still be biologically active.

Research has shown that 10 percent of ibuprofen and naproxen in wastewater treatment plants is discharged out again, and even when it is properly filtered out, the medications simply become heavily concentrated in sludge instead. Because some of this sludge may eventually be released back into the environment for use as fertilizer (possibly even for food crops), the problem doesn’t go away.[xii] [xiii]

In light of these concerns, wastewater treatment plants are pursuing better ways to remove all traces of pharmaceuticals from sewage. The range of potential techniques includes relying on medication-munching microbes[xiv] and treating water with ozone.[xv] However, these treatment options are still more advanced than what most plants can handle, are extremely expensive, and still can’t completely remove every trace of pharmaceuticals from treated water.

5 Ways to Reduce Pharmaceuticals  & Antibiotics in the Water System 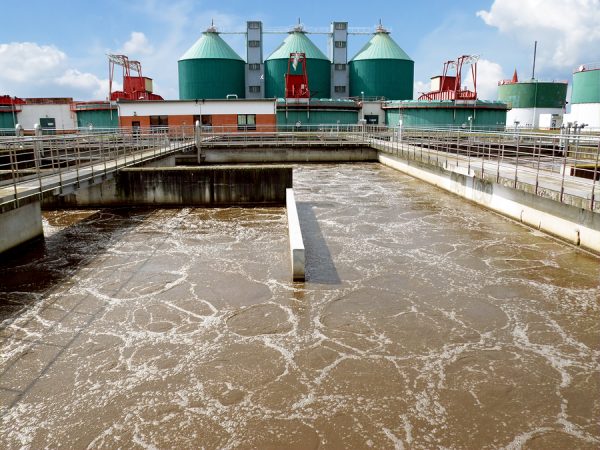 In many ways, the best way to keep water systems safe from antibiotics is to prevent them from getting there in the first place. If you follow these suggestions, you’ll be able to prevent your share of antibiotics from tainting the water system and ensure this shared resource stays a little cleaner everyone.

Ways to Remove Pharmaceuticals & Antibiotics from Your Water 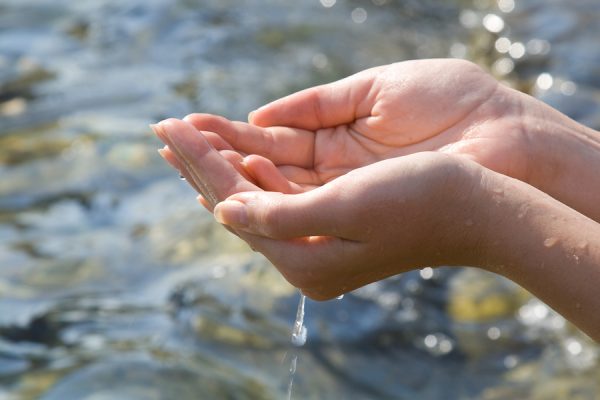 If you’re looking for a way to make your own water safer to drink, the solution isn’t to subsist on bottled water instead. Studies have found that almost a quarter of bottled water comes directly from municipal sources, meaning most brands aren’t any safer than the water from your tap.[xviii]

Home filtration systems might not work either, and the process of oxidizing chemicals might even make your water more toxic. The exceptions are reverse osmosis and activated charcoal systems that can remove many (but not all) pharmaceutical drugs.[xix]

At this point, scientists are only just beginning to understand the effects of pharmaceuticals on the natural world.

While they will continue to investigate the consequences of widespread antibiotic use, the evidence is clear that keeping antibiotics out of the water system is extremely important.

By educating yourself on the impacts of antibiotics in water and the ways they wind up there in the first place, you can start to take the necessary steps to keep you, your community, and the entire world safer from the threat of antibiotic resistance.

(This article was originally published on April 1, 2017.)

More from the Homestead Guru: Why Are There No Mosquitoes at Disneyland