I’m sharing something special with you; it’s a black sapote pie using a gluten-free and paleo recipe with a rice flour crust. Utilizing natures magical chocolate pudding fruit, the filling is smooth, spicy and custardy. The crust is light, buttery and crumbly. Not a sturdy pie, but surely a tasty one. I added just a few tablespoons of chocolate but between that, the fruit and the cinnamon there was a nearly over bearing chocolate flavor. The whipped cream was the perfect thing to cut the flavor.

Let’s get started, Shall we?

Combine butter, flour and half tsp salt in a bowl.

Form into a ball and put in the fridge to chill while the filling is prepared. Be prepared to get a bit messy here.

Black sapotes are known as the chocolate pudding fruit because certain cultivars at the right ripeness really are just like eating mild chocolate pudding out of a wrinkly green fruit. Some are more flavorful than others but the texture is always on point, chocolate pudding. In my research I’ve found the trees are hugely prolific. Considering this is one of the tropical fruits I really like, I’m going to get to growing these as soon as possible.

There are just a few seeds in these, but they’re nestled in the sludgy black mess inside, so you’ve got to fish them out. That’s where this process really gets messy. That and depending on how ripe your sapotes are, they might just fall apart as you try and empty them like mine did.

Combine the sapote, milk, vanilla and eggs in a bowl and beat until the whole mixture is an even brown color. In another smaller bowl combine the piloncillo (or other unrefined sugar or sweetner), cinnamon, cocoa and 3/4 t salt. Add this to the sapote mix and combine.

The texture of this dough is very sandy and realistically doesn’t hold together, so I just pressed it into a springform pan, although I’d recommend that just about anyone else not do that. It was tough to get it out without destroying the pie.

Pour in the filling and bake at 375 degrees for 15 minutes, dropped down to 350 until the center is set, about 35 minutes.

I forgot the whipped cream, so eating the pie was put off for a day. As with many desserts of this nature, it probably did it some good. This is what it looked like once done, before it was cut up and topped. I just kept it in the fridge, covered until it was time to eat it.

Topped with whipped cream, it was ready to go. It was much richer than expected, considering only a small amount of cocoa was added. It was like eating a cup of Mexican hot chocolate that had been chilled and congealed into custard, which was pleasant. The whipped cream cut the intensity of the flavor, although my gut wasn’t happy about it.

I adored this pie as did our friend Modprobe. John liked it, but thought it was a bit intense and he was right. I think it’d be less intense without the cinnamon, but then it wouldn’t be like eating a cup of Mexican cocoa. Where would the fun be in that? 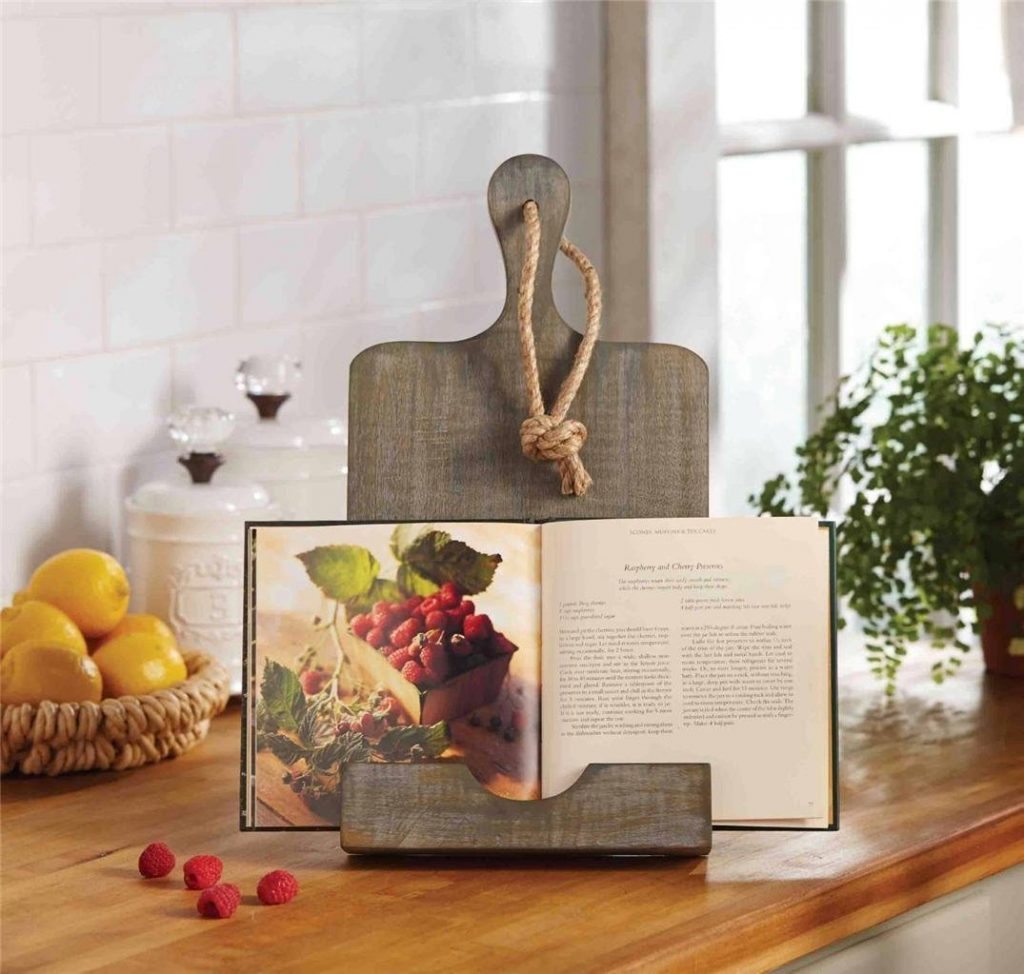 Get a Paddle Board Weathered Wood Rustic Cookbook Holder from Amazon!

I’m not very experienced with gluten free baking but this was a good, cheap foray into it. At 12 pesos for 400 grams, the rice flour here is pretty inexpensive for what it is. So far, I’ve enjoyed everything I’ve tried making with it which gives me hope for my gluten free and paleo baking adventures to come.

As many know, baked goods don’t always make you feel good. I’m trying to find a bit of a balance with that sort of thing and other than the whipped cream, this pie fit that for me. Next time I think I’ll try a meringue if I can find cream of tartar, for an equally creamy but dairy free option. Keep an eye out for more paleo and gluten free adventures to come!

Thanks for reading and supporting, until next time, happy cooking!