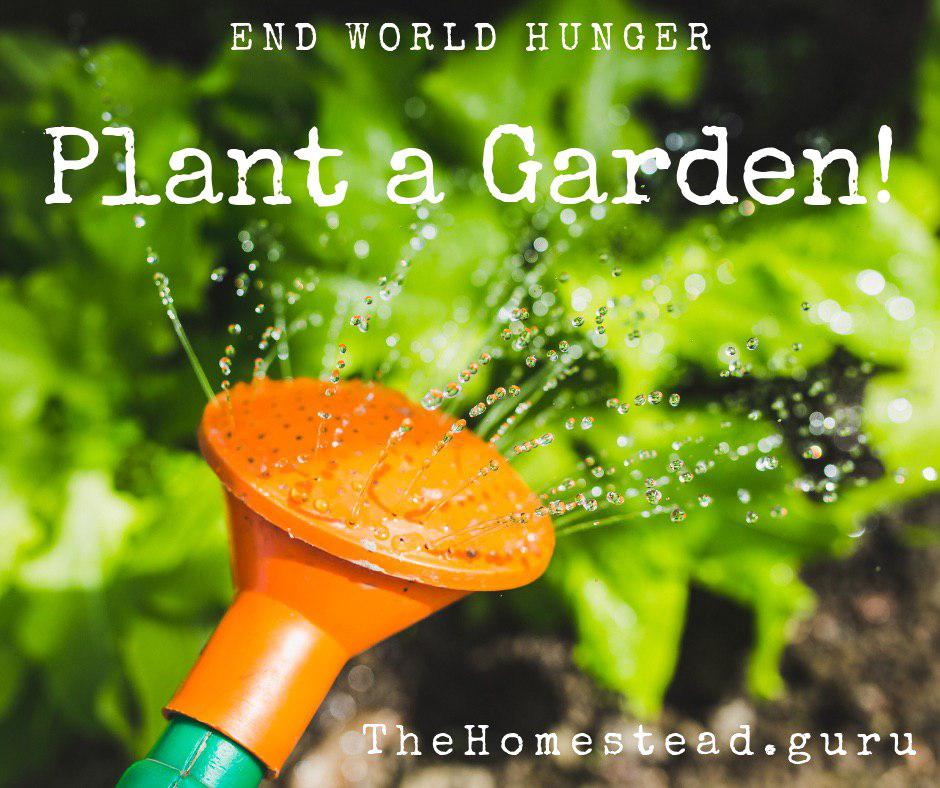 How to Actually End World Hunger?

With all of the technological advances in the agricultural industry, why are we facing increasing health problems? An even bigger question, why are people still starving to death? If mass production of our food is really geared toward feeding the hungry, no one in our global population should to go to bed hungry or face malnourishment. Let’s take a closer look at why we are still facing these issues.

Large scale farms are causing massive damage to our environment and still not solving our food crisis. One major issue is the rivers, ponds, and streams near these massive farms . They are being polluted on a large scale, by pesticide chemical runoff.  Wildlife and humans alike are suffering because of it.

After countless studies, pesticides have been linked to cancer, Alzheimer’s Disease, ADHD, and even birth defects in humans. Pesticides also have the potential to harm the nervous system, the reproductive system, and the endocrine system. Pesticides can even be very harmful to fetuses because the chemicals can pass from the mother during pregnancy or when a woman nurses her child.

To make matters even worse, the bugs that these chemicals are used to deter, often become resistant to them or build up tolerances to these chemicals, ultimately defeating the purpose of their use. Alternatively, organic farmers face the same bug issues. However, they continue to find natural solutions to keep the pests at bay and still produce large, chemical-free crop yields.

With more than nine billion animals raised and slaughtered for human consumption each year in the U.S. alone, modern animal agriculture puts an incredible strain on our natural resources. Factory farms yield a relatively small amount of meat, dairy, and eggs for the amount of input,  staggering quantities of waste in the process. A huge percentage of the crops grown on large scale farms, goes toward feeding the animals that are going to be slaughtered. Rather, the food could go to feed the very people who are starving or malnourished.

Animals are increasingly being given hormones and fed antibiotics to ensure that they grow at a rapid, and unnatural pace. The hormones and antibiotics are then passed down to us when we consume their meat. This leads to long term problems in our health such as increased risk of prostate and breast cancers. In young girls, it can lead to early menstruation and breast development, as well as rapid weight gain.

Seeking out local free-range hormone-free meat can lead to more positive impacts on the environment. It can also help counter the negative effects from large-scale factory farms. Typically smaller, more diverse sustainable farms produce chemical and hormone free options. On these farmsteads, manure from hormone-free animals is often used as compost for improving the growth of gardens, as well as used to naturally fertilize surrounding soil.

GMO’s are organisms whose DNA has been altered in a non-natural way. Genetically modified plants are usually changed to be insect resistant, virus resistant, or herbicide tolerant. However, with these changes comes some potentially problematic environmental challenges. GMO crops have the ability to become persistent and weedy. Making them a potential threat that becomes invasive to areas where they are not native. Since none of these GMO’s are natural, this issue could occur almost anywhere.

Toxic residues are left in the soil of GMO crops, which means that nutrients are not returning to the soil. It also means that soil is becoming dry and void of all nutrients. The toxins left over from GMO crops, leave fewer soil bacteria, which is integral to healthy soil. When this happens it creates a cycle of dependence on GMO seeds, chemical fertilizers, pesticides, and herbicides in order to grow a single crop.

According to the new UN report, major changes are needed in our food, agriculture, and trade systems. A shift toward local small-scale farmers and food systems is recommended.

That was the key point of a new publication from the UN Commission on Trade and Development (UNCTAD) titled “Trade and Environment Review 2013: Wake Up Before It’s Too Late”. It included contributions from more than 60 experts around the world.

“Despite significant increases in agricultural productivity and the fact that the world currently already produces sufficient calories per head to feed a global population of 12-14 billion, hunger has remained a key challenge. Around one billion people chronically suffer from starvation and another billion are malnourished. Some 70 percent of these people are themselves are farmers or agricultural laborers. Therefore, hunger and malnutrition are not phenomena of insufficient physical supply, but results of prevailing poverty and above all problems of access to food.”

Communities are increasingly calling for access to clean organic foods at fair prices. The UN makes the recommendation for people to become “food self-sufficient”.  They suggest to take price gouging out of the hands of big companies and placed back in the hands of the community, by localizing and supporting small organic farms.  Food would become accessible to more people locally and pricing for organic food would decrease in response. Food could grow in abundance, giving small farms the ability to feed themselves, sell their crops, and still have food left over to give to the less fortunate.

More from the Homestead Guru: 50 Reasons to Live on the Road

These findings on the report seem to echo those of a December 2010 UN Report in many ways, one that essentially said organic and small-scale farming is the answer for “feeding the world,” not GMOs and monocultures. So why have we drifted so far in the wrong direction? The simple answer is money. Large corporations want their hands in the farming industry because of it’s sheer scale. The fact is, that food is essential to sustain our survival, so it’s best we keep large farming out of it.

What we eat is responsible for our health.  The corporate companies in charge of what we consume have found a way to fuel the health industry they are heavily invested in. By feeding us toxic chemicals, we are prone to develop health issues. Our visits to the doctor are met with even more chemicals in the form of pills, ensuring that they will maintain customers, instead of creating cures.

Our good health begins at what we put into our bodies and the best way to know what is being used to grow your food is to plant and grow it yourself. By growing our own food, we can heal ourselves and our planet. We can feed our neighbors, the homeless, and less fortunate without sacrificing meals for our own families. Small-scale organic farming can take us out of this survival state of living. As a whole, we can shift our focus to healing and helping others. I’m in this, are you?

Communal Living And Radical Sharing - Is This Lifestyle For You? ⋆ Homestead Guru

Rebel Canning: How to Make Your Own Tactical Bacon ⋆ Homestead Guru