I’ve grown up with the influence of hemp in my life having worked with hemp fibers to make jewelry as a kid. It’s useful for a lot more than jewelry and macrame though! Thanks to the invention of the decoricator which is basically what the cotton gin is to cotton but for hemp, it makes it usable for all sorts of eco friendly biodegradable products even plastics! 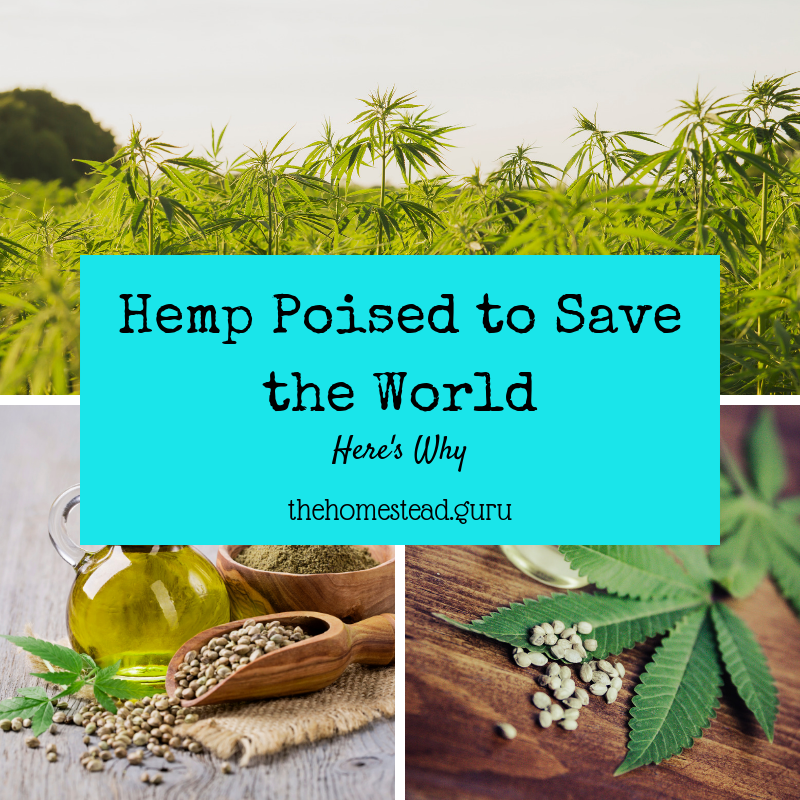 It’s easy to grow and produces 4 times as much paper for the same amount of land as say a forest of trees. The fact that it grows quickly gives farmers a bit of a cash cow to rely on! It provides an easy to grow cash cow for farmers because you can get up to two harvests a year in places where it’s warm year round. The only bad thing about widespread hemp growing is for cannabis farmers who will have to take more care that their crops not get pollinated and thus contaminated with lower THC genetics. Those who grow indoors will be okay so long as they have pollen filtration technology in their ventilation system for their grows.

More from the Homestead Guru: What WEEDS Tell Us and Why We Should Care

Cannabis as food is perfect for several reasons. They’re basically a superfood and have perfect Omega 3-6 ratios making them some of the healthiest plant foods you can consume. In survival situations, it’s possible to live off hemp seeds if you have to, I know I somewhat did in college thanks to free hemp seed granola bars I got in exchange for helping to sell those bars!

The use of hemp based products is better for the environment. It can replace oil based plastics which take forever to break down with a strong and durable but still biodegradable option. There’s no reason that cars should be running on gasoline instead of hemp, some of Ford’s earliest vehicles ran on hemp oil with no problems. Some theorize that hemp was made illegal by big oil because it competed directly with the automobile fuel department. Regardless in many ways the illegality (until recently) of growing industrial hemp has been hard on the environment. 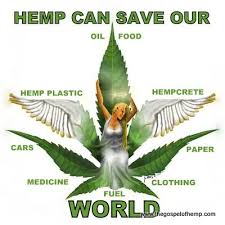 Hemp is surprisingly important in the construction field thanks to products like hempcrete, which is basically concrete with hemp fibers for strength. It’s also mold and rot free material making it perfect for construction. Hemp can be made into: fiberboard. Carpet, stucco, insulation and plastic. It’s one of those crops that you can easily grow yourself and using mud you can build cob structures that’re strong as concrete. Usually straw is added to cob to give it strength but hemp can be used if that’s what you have and can even work better. Who doesn’t want a house made of weed?

Not everyone considers the people who do crafts but I do because I happen to be one of those people. It can be made into soft but sturdy fabrics, strong twine for macrame and even yarn for knitting or crochet. Even more simply hemp stalks are pretty and would make great materials for fall decorations, I’ve even made a wreath out of them!

This one is specific but a big one. Some of the nicest lotions I’ve used on my skin happened to be hemp infused! Even using the oil directly on the skin is better for your skin than the toxic lotions often sold at the store!

Hemp in many ways is a super plant and the fact that it’s been illegal because of a distant relative is pretty sad. Anyone who has seen a weed plant and a hemp plant can see the clear difference. Hemp is the plant that got the name weed, whereas cannabis or marijuana requires a lot of love and care to turn out as anything other than well, slightly sticky hemp.

[…] More from the Homestead Guru: Hemp Will Save the World: Here’s Why(Opens in a new browser tab) […]

[…] More from the Homestead Guru: Hemp Will Save the World: Here’s Why(Opens in a new browser tab) […]

I saw someone made a car out of hemp http://www.renewsportscars.com

One Woman’s Tips for Brushing Out Dreadlocks » HG – Fikiss Permaculture

[…] The Homestead Guru: Hemp Will Save the World: Here’s Why(Opens in a new browser tab) […]