A classroom in Maryland has gotten rid of desks for its students, and is reporting that the kids are able to do more and better quality work. Apparently, sitting at desks all day isn’t what’s best for the minds and bodies of seven-year old children. 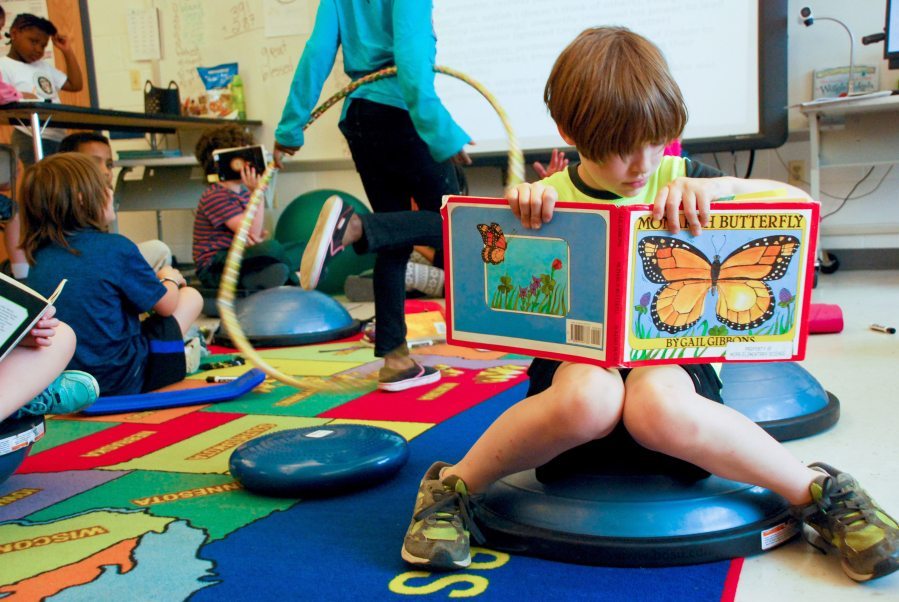 The kids have things called BOSUs to balance, sit, and stand on, as well as balance boards, standing desks, and exercise balls. Children are encouraged to do their work in whatever area or position that feels best to them–and their teachers are so far seeing improvements in their work.

Other educators are coming up with similar concepts to get their students moving more, as the national average time spent at recess dwindles to less than 27 minutes per school day. 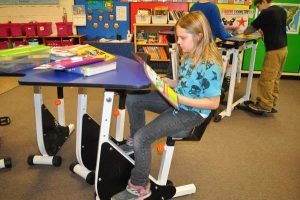 The pedal desks are being manufactured with schools as their target market, and hailed as a “productive” way for kids to channel their energy. However, one could easily argue that there’s nothing really productive about pedalling just to burn off “useless” energy.

The unspoken assumption we’re working with is that worksheets and lectures (mental activity) are inherently more important for children than movement and physical activity.

However, a growing body of research is in support of more, rather than less, physical activity for children during the school day.

Recess in the United states is a contested topic, epsecially when compared to recess times in other countries (whose students are incidentally outperforming ours, despite having much more unstructured playtime during school hours).

While the research is clear that movement is crucial for improved learning outcomes, I think putting pedals under desks or taking desks out of the classroom is missing the point.

Human children are not machines, and they cannot be reduced down to a brain-in-a-jar that’s being sabotaged by the “excess energy” in their limbs. The mind is not more important than the body, nor is it separate from it.

So if pedal-desks aren’t the way to “fix” public education, what is? One solution might be forest schools, which we’ll explore in another article soon.