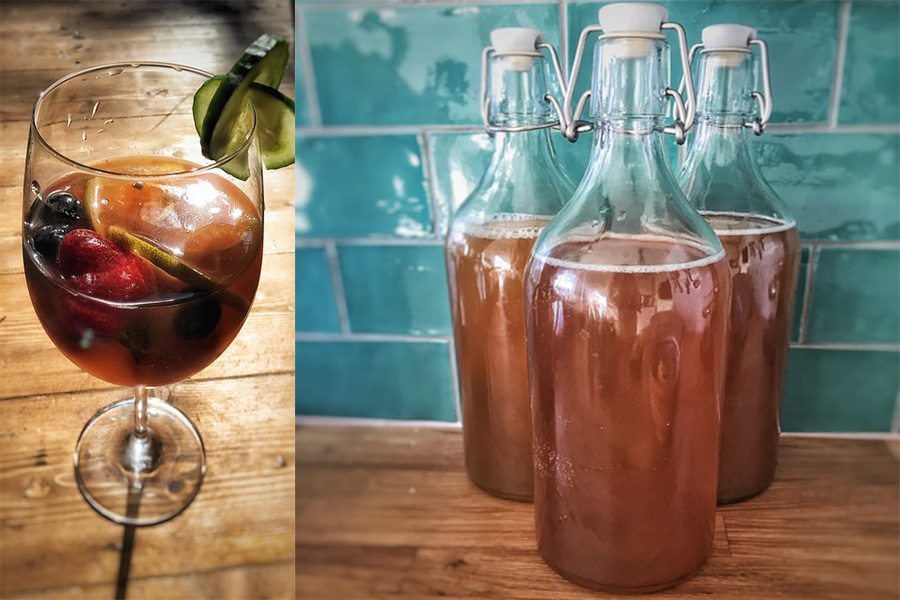 Recently, I acquired a kombucha SCOBY from the token anarchist and vegan Chef of Kenny’s Conscious Kitchen. Prior to this, I had vague information at best on brewing kombucha and still realistically did, until I looked it up. I’ve tried a bunch of different kinds in the past and the only type I’ve ever liked was homemade, in Southern Oregon. This is one of those things I’ve wanted to like but just really haven’t, although that homemade stuff gives me hope. So I’ll experiment and I’ll share it with you so you can see my journey and possibly embark on your own.

Kenny reportedly brought a jar of the SCOBY all the way from Oregon, something I’ll explain further below for the purpose of brewing lots of kombucha down here, which he did. So before he left he split his scoby up and shared it with everyone who came to get some, with a sheet of directions. We bought the largest jar of it, as it was stored in a large brewing jar that he used while he was here. We couldn’t stay for the workshop so we got the quick lay down from him on it. With the internet, nothing is unreachable, so I figured I’d start with the basics as I understand that my understanding of this drink is seriously fuzzy at best.

Wikipedia describes it as a “fermented, lightly effervescent sweet black or green tea functional drink”. I’d never even heard of a non-functional drink, which Wikipedia uses to describe any non-alcoholic drink that could be considered performance enhancing. It’s got what’s called a SCOBY, which I took pictures of and photoed above. The word SCOBY is actually an acronym, used to mean: symbiotic colony of bacteria and yeast. Pretty straight forward when you think about it. If anyone has experience with this stuff and is wondering why it’s pink, it’s because he tried it with jicama tea, a bright red hibiscus tea super common down here.

It uses a combination of several different kinds of yeasts and bacteria. A yeast called Saccharomyces is commonly used. Gluconacetobacter xylinus is a generally the bacterial one used mainly, although there are a few others that are used in lower concentration to these. Because kombucha is a drink fermented with natural yeast and bacteria, contamination is possible. For this reason, sanitary brewing conditions are essential. There are deaths that are linked to kombucha contamination. It generally presents itself in kidney and liver toxicity. 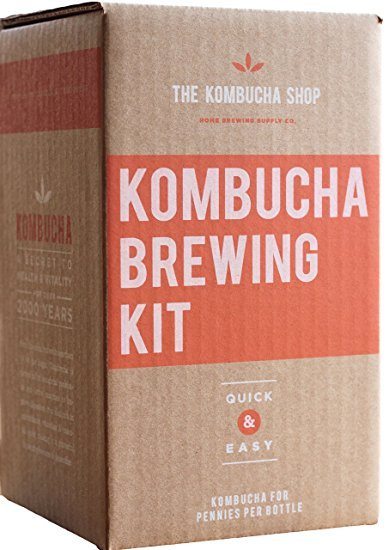 Get a Kombucha Brewing Kit with Organic Kombucha Scoby on Amazon!

This is something that originated in the Manchuria area, that is near China, Mongolia area. It is linked back to 220 BCE, although the exact origin date and place isn’t necessarily super clear. It was commonly drank in the Russia area and spread west to Germany through Europe and onward from there. It’s now consumed worldwide.

Kombucha has been nicknamed tea fungus and I think that’s fitting. The fungusy film that is known as scoby is interestingly textured from my understanding. It was described as equal parts tough and jelly like, which is interesting to think about. Supposedly it’s dried and used as a super strong leather material, something a bit crazy to consider. Kenny evidently uses it in his recipes, once dehydrated.

I’ve heard about it due to it’s long list of reported health benefits, which I’ll just name a few of here: improved digestion, weight loss, increased energy, cleansing and detox, immune support, reduced joint pain, cancer prevention just to name a few. According to Wikipedia, none of these claims have been backed up by science. Wikipedia was quick to point out that there have been deaths linked to contaminated home brewed kombucha, so home brewer beware. 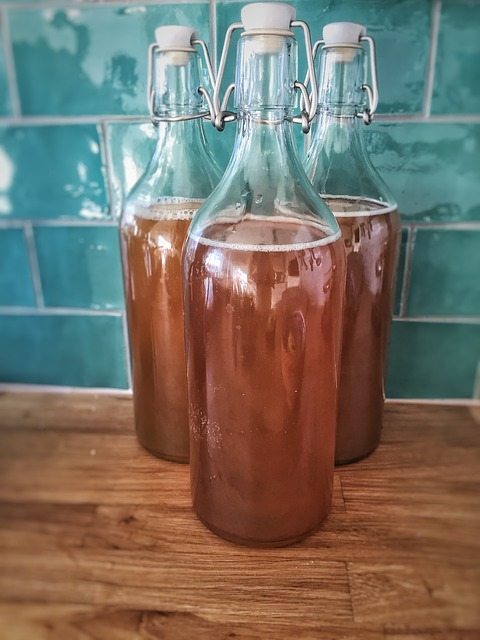 While I think it’s probably damn good for you, I think Wikipedia is probably a bit right when it says that the claims are not what they say they are. It’s already proven that fermented foods are very healthy for us, so drinking fermented tea makes sense. But it also makes sense that fermented tea, like fermented anything can go really wrong and people can get really sick. You’ve just got to pay attention at the right times and you shouldn’t have issue. If dirty hippies all over Oregon can make this stuff without there being a news freakout over hippies dying over it, it’s not as hard as Wikipedia made it out to be.

Now I’ve just received my first scoby and I know very little about it. I’ve got very little experience with the drinks so I don’t know the effects. For all I know, this is the miracle thing I need in my diet, or it might not be. The only way to find out is to try it, and it’ll make an interesting adventure at the very least.

I intend to share my adventures in real time as things happen. If I notice any health changes, I’ll share those too. I’m coming at this from a pretty non-biased perspective from what I can tell, as I’m not dead set on enjoying this or it working out so the placebo effect should be less likely, but we’ll see. 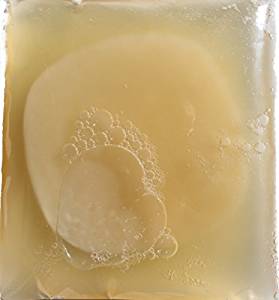 Now, I’ve got my scoby and am in the process of starting my first batches. When that’s finished, you’ll hear about it.

So there we go, we started the first step of brewing kombucha, figuring what it even is why we should be drinking it and our first SCOBY.

Click here to check out the 2nd part of the 8 part series! By part 8, you will have the knowledge you need to start your own Kombucha brewing project!

[…] you can get behind brewing kombucha (fermented tea) as a soda replacement, you’ll be excited to learn about chaga mushroom […]

Dandelion Jelly Recipe: How to Make Food From Weeds » HG

[…] Kombucha Chronicles Part 1: My First SCOBY & Why I Am Brewing Kombucha(Opens in a new browser ta… […]