For me it was a practical solution. I hated brushing my hair so I made it so I didn’t have to. As time goes on, especially as I am forced to grow up by some seriously traumatic events I began to rethink my dreadlocks. Then came the decision to get rid of them. 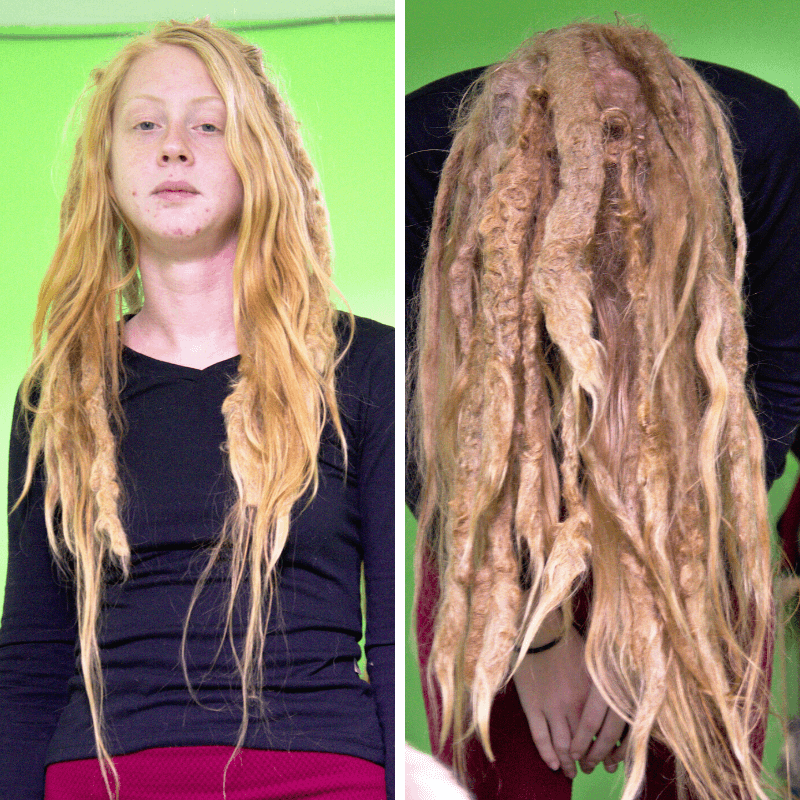 Why would I get rid of something I worked so hard to form? Well if I’m being honest dreadlocks look cool and that’s about it. They’re dirty (even if you wash them), big and sleeping is like sleeping with a pile of rope attached to your head. I got dreadlocks because I hated the daily pulling of brushing my hair but swapped it for something worse. The inescapable uneven pulling that comes from having a mop of knotted hair. Cuddling with dreadlocks is a nightmare and I’d be lying if I said that wasn’t part of it.

Most people assume you have to cut your hair short to get rid of them. Perhaps for some more coarse hair types this is necessary but I know for finer hair types brushing them out is a solution. I embarked on this recently and have found that the process works and is worth sharing.

The Homestead Guru: Hemp Will Save the World: Here’s Why(Opens in a new browser tab)

First disclaimer I’ll share that it is going to take a long time, especially if your dreads are mature. I used the crochet needle method to form mine and as a result it has been pretty difficult to brush them out.

Start by making the spray, which is just a bunch of hair conditioner in the spray bottle with a few drops each of argan oil and castor oil. Pick a dread and dip the first few inches in water. Coat the water soaked section with the spray bottle. You want it fully saturated, slimy and dripping. If it’s dry at all you’ll break hair.

Use the comb to start combing out the dread. I use the combs with a steel end to poke into loops I see. From the loop I just pull down slowly but firmly. You’ll know if you break hair because you can hear it as well as feel it through the comb. It’s a process of loosening loops. And it takes forever.

Be prepared to find all sorts of weird/gross stuff in there. I found everything from hair from dogs I don’t even have anymore to cannabis oil to sand from the beach. Think of the dreads as lint sponges. I washed mine pretty regularly but that didn’t stop them from filling up with all sorts of embarrassing things.

Also be prepared for a LOT of hair to come out. Most of the hair dreadlocks hold is dead hair that would have naturally shed off. With dreadlocks it just stays around. I was honestly pretty worried at the giant gobs of hair coming off until I got farther in the process.

I still haven’t finished the process but it’s been one of shedding an old life. Reducing tension on my head and a welcome change in my life.

Here is a video from youtube of someone else brushing out their dreads: