Florida has finally passed a bill that trumps all the bans on front yard gardens. Inspired by a couple in Miami Shores who were forced to tear out their “unsightly” 17 year old vegetable garden, change has finally happened within Florida towards a little more freedom.

Most people are extremely supportive of the initiative as the story about this couple went viral originally, making Florida look like one of the worst states to be in the country. Why live in tropical climates if you’re not allowed to use your yard to grow food? 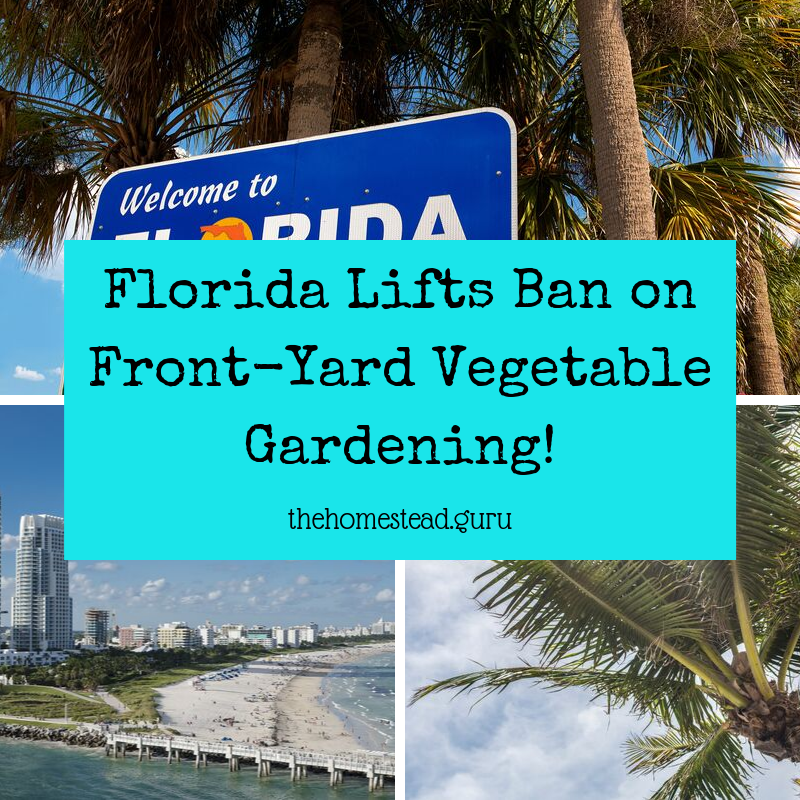 The new bill prohibits “local governments from regulating vegetable gardens on residential properties.” Any regulations that were standing before are now considered “void and unenforceable” resulting in a small win as far as individual property rights are concerned.

More from the Homestead Guru: UN Report Says Small-Scale Organic Farming Only Way To Feed The World(Opens in a new browser tab)

Oddly enough the road to this wasn’t very straight at least not for the couple from Miami Shores. They raised a suit against the state, went to Supreme Court and even lost their case. It wasn’t until later when some senators caught wind of the case and became inspired to make a change.

Florida isn’t the only place with backward front yard garden regulations, apparently this is a country wide problem. If you’re in the United States and dream of uprooting your front yard for vegetables, you might want to check the laws and make sure the cops aren’t just going to show up and uproot things. Some other towns with bad front lawn regulations are: Tulsi(Oklahoma), Oak Park (Michigan) and Newton (Massachusetts).

More from the Homestead Guru: Permaculture Puts Organic Gardening on Autopilot(Opens in a new browser tab)

Here’s to hoping they get inspired to change their policies!