Wrong! There’s actually an annual worldwide competition to find out who has grown the biggest pumpkin. The current world record has been held by a German gardener since 2014, with a weight of 2323 pounds.

I’m here to tell you if you start preparations now, you could have your very own giant pumpkin. All you need are seeds with giant pumpkin genetics, time, and a few other resources to make it happen. I first got interested in these when I started dating who became my life partner, and he told me his uncle grows record-breaking pumpkins. The pumpkins featured in this post were grown by him. 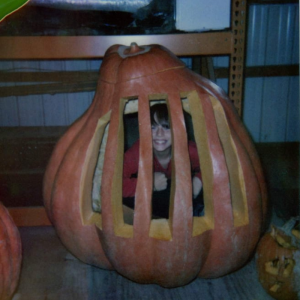 I was fascinated by how one would even grow pumpkins that big, and my partner said he was too, so as a kid he made sure to ask lots of questions about it. He explained to me the process and while I haven’t yet done it (as I’m waiting on my giant seeds) the process is pretty common sense when you think about it.

More from the Homestead Guru: Too Hot? Too Cold? When Should I Plant These? Seed Starting Calendar(Opens in a new browser tab)

You can grow giant pumpkins nearly everywhere there’s at least a 3-month growing season. The thing with these is you have to start them early and nurture them constantly to get a truly giant pumpkin. It honestly takes about a year of prep, because you to start in the fall just before winter preparing the land.

Do this by tilling or double digging a 10-foot diameter area. You can plant as many giant pumpkins as you can fit but just know that each plant needs to be 10 feet apart at least. Add compost, cardboard, and other soil amendments in layers to make a sheet mulch over the area and let it rest like that until next spring. Do make sure you pick an area of full sun as it’s necessary to grow them big. 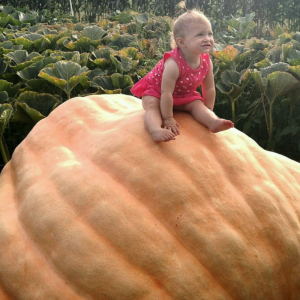 When you start seeds depends on your possible growing season. If you’re in a place that has winter you’ll want to start them about 8 weeks before your last frost date in containers. When the chance of frost has passed you can carefully transplant outside. It’s advised that you use cold frames for the first few weeks unless you live in an area with continually warm weather. Allow them to grow, fertilizing every week according to the regimen below of whatever brand of fertilizer you prefer. It’s just important to get the ratio right.

For vegetative growth, you want a nitrogen-heavy fertilizer.

For the flowering stage, you want phosphorous heavy.

For fruiting, you want potassium heavy.

More from the Homestead Guru: Growing Tomatoes Made Easy: Use Rotting Tomato Slices For “Seed Starters”(Opens in a new browser tab)

It’s important to water thoroughly about twice a week but really just make sure the soil is actually dry before adding water, the worst thing you can do is drown the roots or you’ll stunt growth.

Let the plant grow until the vine is at least 10 feet long. It will try and flower before that point just pick off any forming flowers until the vine reaches that length. You need a big enough plant to support such a giant pumpkin. When that happens allow it to flower and become fertilized. It will form more than one fruit. Once you have several fruits forming choose the largest and pinch off the others. This will dedicate all the energy to one fruit making it massive.

Once you pick your biggest, make a bed of sand on the ground under it for it to grow on without rotting. Failing to do this will end up with a rotten pumpkin on one side. Make sure the fruit’s stem is perpendicular to it to keep the line as direct as possible. Naturally, squash generally grows at an angle off the stem so this is important. That angle causes a twist which will restrict the size of the fruit.

More from the Homestead Guru: Luffa Gourds: How to Grow Your Own Sponges!(Opens in a new browser tab) 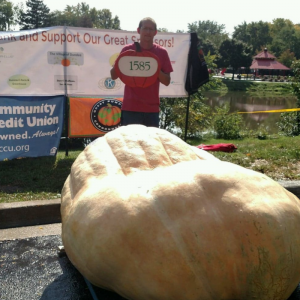 Then build a shade cloth barrier for the pumpkin alone. The full sun on the skin of the pumpkin will dry it out and restrict its growth.

Finally as far as hacks are concerned, other than fertilizing you can water the pumpkins with sugar water which will help them grow bigger. As you can tell it’s just a lot of meticulous gardening that goes into this.

Eventually, you’ll have a giant pumpkin.

When it’s about to frost cut it off and if it’s really huge have friends help you roll it for weighing on a scale. Maybe you grew a record breaker and even if you didn’t it’s cool to have an idea of how big it got.

The pumpkin is still edible although arguably harder to process because of its size. I know you can eat the seeds easily enough, just be aware they are going to be significantly larger than regular pumpkin seeds. You know you have the right seed stock if they are giant.

A perfect way to end your Halloween season is to prepare your bed for next year so you can grow yourself some giant pumpkins! 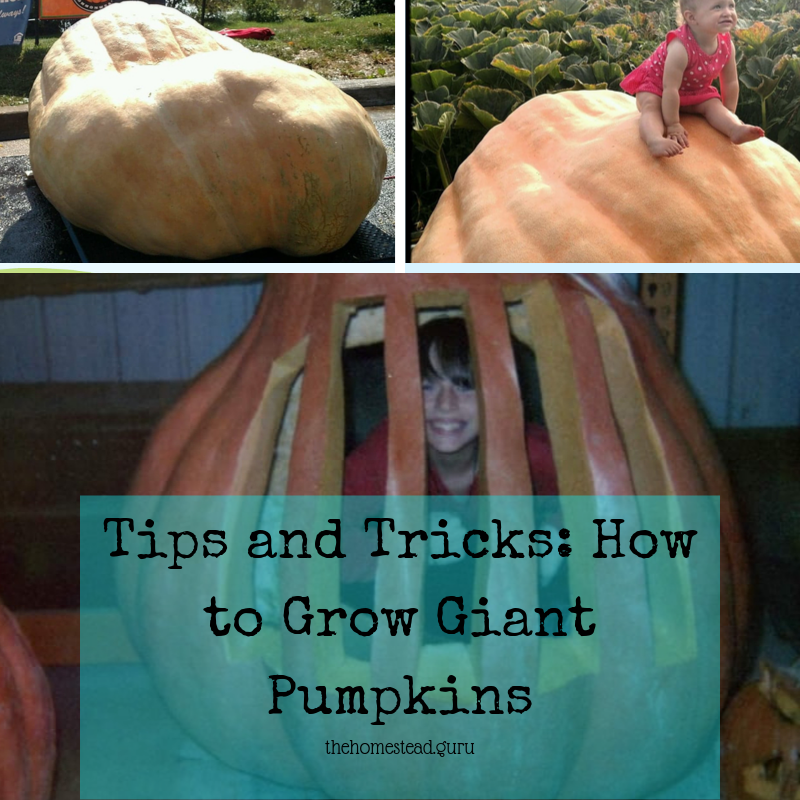 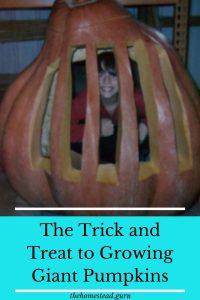