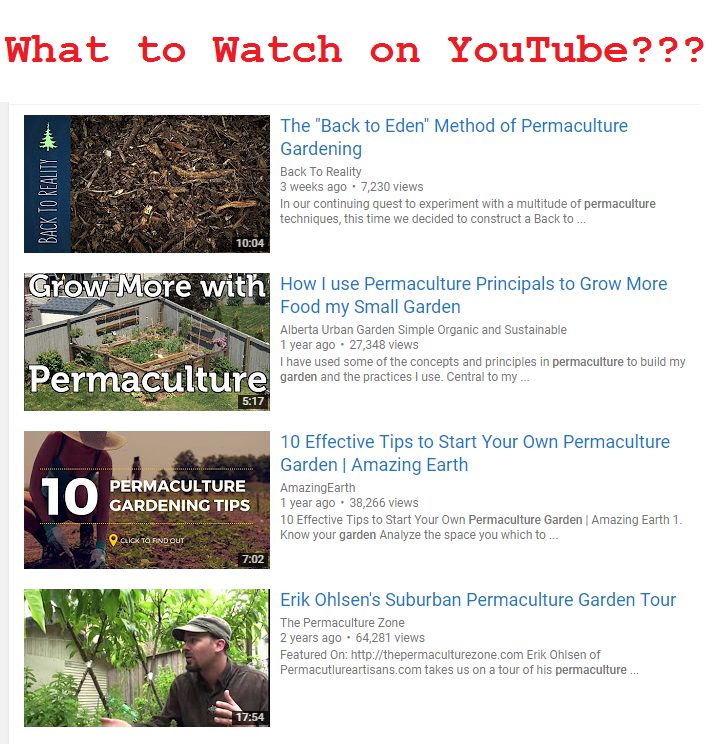 Wanna learn about, uhh, ANYTHING? All hail the internet. Specifically, YouTube. Never before have visionary minds been more able to connect deeply with each other. We can share so much information freely and easily, if only we know where to look.

YouTube has the power to change lives–if you’re watching the right channels!

So amidst all the noise about permaculture, gardening, food forests and more–who’s worth listening to?

Justin Rhodes is the father of four young kids, and together with his wife, he’s behind the website Abundant Permaculture, which offers loads of great educational materials for aspiring farmers. They started out by posting daily videos, as part of a project called 100 Days of Growing Food. Next, they wildly surpassed their crowdfunding goal and began travelling around the American countryside to film The Great American Farm Tour.

Curtis Stone’s Urban Farmer YouTube channel. Curtis Stone is a guy who’s all about business–the business of profitable urban gardening, that is! He’s a Canadian who can squeeze plenty of profitable produce out of even the smallest lot, and he tells you all his best secrets in his short and clear videos. Curtis is also unique because he encourages even those who don’t own a scrap of land to get gardening for profit, on someone else’s lot. 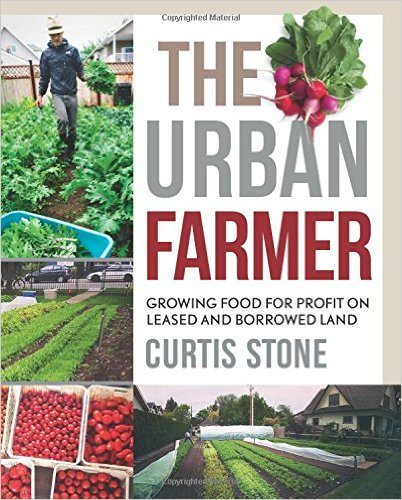 Rob Bob’s backyard farm and aquaponics is a great Australian channel to follow if you’re interested in some solid, no-nonsense advice on symbiotic gardening and fish farming. His videos on how to build self-watereing wicking beds for growing veggies, air-pruning garden pots, and worm farming (vermicompost) are really excellent.

Jake Mace is the vegan athlete! He’s known for his incredible success in growing an urban food forest, complete with massive tropicals and exotics…in his Phoenix, Arizona backyard. If you’re in an arid climate and think it’s too dry to garden–think again. If you want to grow some unusual and fun plants the easy way, Jake Mace has a great channel for you to follow.

John Kohler is another vegan dude who happens to be a fantastic gardener. He’s big on replacing urban lawns with raised beds, and he’s practically a compost connoisseur. John wants to automate his systems as much as possible, and conserve space since he’s got a small city lot in Las Vegas. He shares his designs for watering systems, amending soil with rock dust, and much more on his channel, called Growing Your Greens. 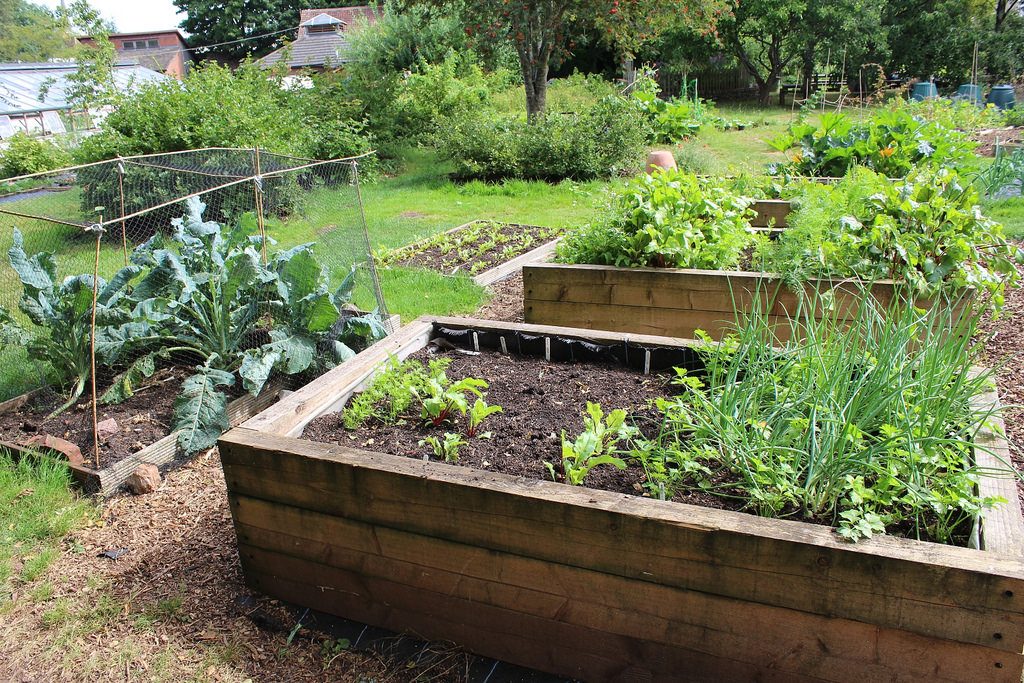 Bill Mollison is the undisputed father of modern permaculture, and the Permaculture Design Course program that he created is now an internationally-recognized 72-hour certificate program, unprecedented in both scope and depth.

Although Mr. Mollison passed on in 2016, you can watch his entire 72-hour permaculture design course via YouTube. This is full of radical, uncommon knowledge and real-world techniques that you won’t hear about just anywhere. Expand your mind, and watch the entire 17-video playlist.

Geoff Lawton is another person who’s made massive strides in spreading the word about restoration agriculture over the last few decades. He was Bill Mollison’s protegee and best student. Lawton’s restorative work in the Jordan desert is particularly incredible. He offers an online Permaculture Design Course program on his website–the first of its kind. 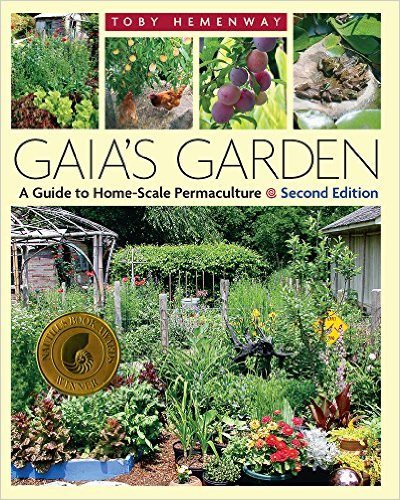 Geoff Lawton’s information on understanding soil science is fantastic for anyone who wants to grow more food–and heal the land as well.

Speaking of restoring massive areas of land in a relatively short amount of time–watch this mind-blowing documentary: Lessons of the Loess Plateau. Ten years ago, researchers in China implemented permaculture practices on a massive area of useless, ravaged land–and today, the 8.6 MILLION-ACRE area is productive, green farmland again.

Finally, Paul Gautchi’s Back to Eden method of farming and gardening is fascinating to learn about. He has a bad back, and so growing food has got to be simple, with minimal work. The Back to Eden method uses deep layers of mulch and wood chips, and the results are surprising to see! 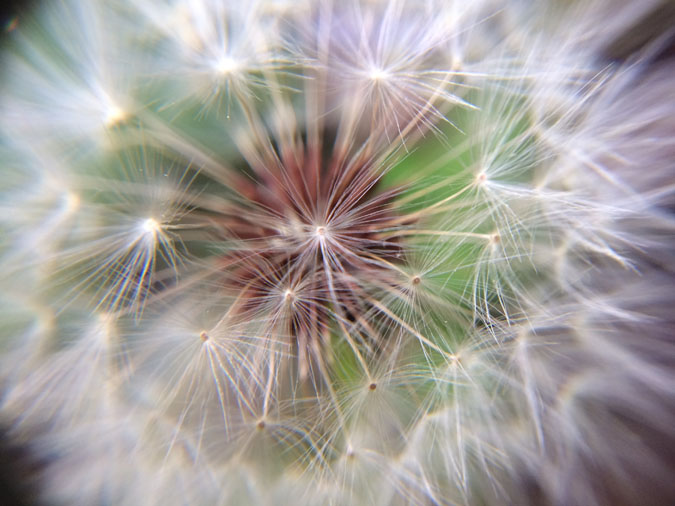 Dandelions: 31+ Medicinal and Culinary Uses for the King of Weeds 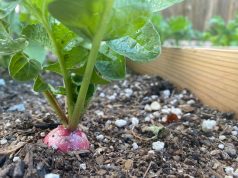 What to Plant in August: The Most Successful Crops for Zones 5-7 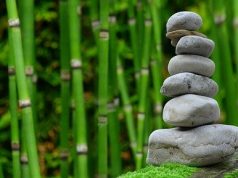 How to Create an Outdoor Zen Garden

Haha, Jake Mace, the Fabulous Fraud. You better do your research. Jake Mace is a fraud and a thief. He’s conned so many people, myself included. His fake humility is all a scam – watch how he never does anything that doesn’t benefit himself in the end. Avoid this creep.

Hey I am super curious what you are talking about here….

Google Jake Mace fraud. Look at the comments on his ridiculous videos. Everyone who’s been in martial arts for a little while knows about this self-promoting creep.

OK I will google him, but I must say I think its great for people to self promote – no one is going to do it for you!

Yea, I agree there’s something pretty comical about him – but as always, do your research! Jake Mace is making a name for himself, and his backyard is pretty cool.

Built with the money he scams off people! Jake the Fake is nothing more than a scam artist who cons the ignorant.

Would Permaculture Have Prevented the Brazil Fires? ⋆ HG

[…] What to Watch: Homesteading, Permaculture, & Growing Food on YouTube(Opens in a new browser tab) […]